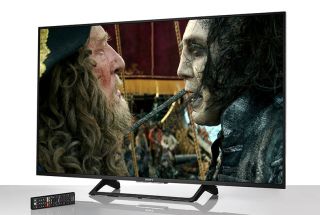 We've spotted the Black Friday deal at Sevenoaks and PRC Direct, but it looks like it may be more widely available, so check your preferred stockist.

Alongside the LG OLED TV offer, this is one of the best Black Friday TV deals we’ve seen, and a great way to get 4K HDR home cinema entertainment for under £1000.

Our beady eyes have spotted this steal of a deal running at Sevenoaks, PRC Direct and Power Direct.

Already got your 4K HDR telly? Then you can keep track of all the other best deals on our Best Black Friday deals page.

Save on a Christmas gift subscription to What Hi-Fi?