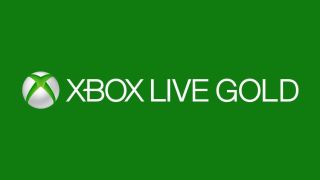 To lighten the load on your wallet, we've shopped around to score you the cheapest Xbox Live Gold memberships and Game Passes. Read on and we'll show you where to find the biggest discounts on an Xbox Live Gold subscription.

So, whether you're due to renew your Xbox Live subscription or about to sign up for the first time, don't reach for your bank card until you've checked out our hand-picked deals. Let the multiplayer savings commence!

If you want to play all of the top Xbox multiplayer games online, you need an Xbox Live Gold subscription. Without it, you won't be able to enjoy competitive bouts in Call of Duty: Modern Warfare or join a 12-player race in Forza Horizon 4.

Xbox Live Gold also gets you up to four free games each month – two for Xbox One and two for Xbox 360. The Xbox 360 games are backwards compatible, so you can play them on an Xbox One. Compared to PlayStation Plus, which only gets you two games per month, Xbox Live Gold is superb value for money.

The benefits also include up to 75% off in the Microsoft Store, meaning you can pick up some of the hottest add-ons and games at a fraction of their usual price – without leaving your sofa.

When you factor in all the perks, an Xbox Live Gold subscription is a no-brainer – especially if you opt for a 12-month subscription. It means a bigger upfront outlay, but you stand to make some seriously juicy savings over the course of the year.

We're confident we can beat those prices and have shopped around and spotted some serious discounts on Xbox Live Gold memberships...

Get an Xbox Live Gold 3-month subscription for £16.99
Fancy saving up to 20% with a quarterly subscription? CDKeys offers the cheapest 3 month UK membership. (Note: you might spot the odd 'cheaper' deal online, but beware: many are non-UK physical cards rather than instant downloads, and cost more when you factor in postage costs).View Deal

Get Xbox Game Pass Ultimate for only £1

After you've enjoyed your introductory month, it will auto-renew on a rolling £10.99 per month contract. You can always cancel it before it auto-renews, though.