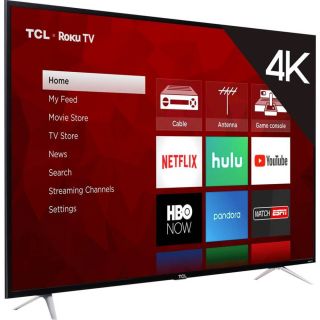 Big screen, small price: that's the deal with this amazing offer from Best Buy, which is significantly undercutting Amazon on this 75in TCL 4K TV during Prime Day 2019. Cheapest we found it on Amazon was $1250, but Best Buy is currently selling it for $800. Bargain!

TCL 75S425 75in 4K TV was now $800 at Best Buy
You can stream more than 500,000 films and TV episodes via Roku on this big-screen TV, which also works with Alexa and Google Assistant. At this price, what's not to like?View Deal

Voice control can be added with a suitable Alexa or Google Assistant product, and there's a USB input for connecting your own media.

Can big TVs get any cheaper?