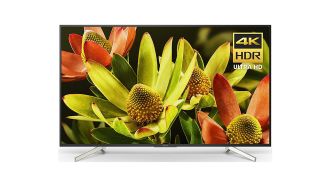 Unsurprisingly, some of the best Amazon Prime Day deals are on 4K TVs, from a $429 55in LG TV to a $749 65in TCL TV and everything in between. But if your budget and size ambitions are even bigger, we've found the deal for you.

It's missing Dolby Vision HDR support, but that appears to be the only omission from this Sony's fully-featured spec sheet.

This is a fantastic 4K TV deal if ever we've seen one.