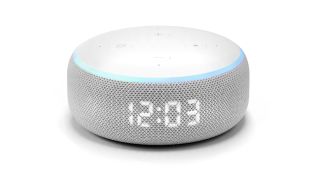 Amazon's biggest summer shopping event, Prime Day, is being postponed until at least August, according to internal documents seen and reported by Reuters.

According to the report, which is based on meeting notes written by Amazon’s general counsel, the delay to the annual July event – most likely due to the Coronavirus pandemic – could see the online retailer take a $100 million hit during the period from excess unsold Echo and Fire devices. Amazon supposedly has five million extra devices, such as its voice-controlled Echo speakers and Fire TV video streamers and tablets, that it may now have to shift at a discount.

“We probably have to promote sooner, which will be difficult if we’re capacity constrained,” wrote one of the counsellors in notes from a daily meeting of Amazon executives.

The “largest shopping event in Amazon history,” Prime Day 2019 was two days of pretty much non-stop deals that saw the sale of 175 million items, with best-sellers including the Echo Dot and Fire TV Stick.

The dates for Amazon Prime Day 2020 hadn't yet been confirmed (they typically aren't until June) but it was likely to have fallen on Monday 13th or 20th of July. The reported delay seems rational so that the retailer can keep up with essential orders during the COVID-19 crisis, although if Amazon devices do need shifting we could well still see generous discounts in the summer. Such as the ones being offered on Amazon now.

22 of the best TV shows on Amazon Prime Video

10 of the best sports films and documentaries on Prime Video