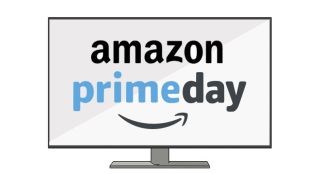 Amazon Prime Day (which this year lasts well over a day) is Amazon's attempt to establish a Black Friday of its very own. Not content with selling unimaginable quantities of stuff on Black Friday, Christmas and quite a few other days too, Amazon has set up a special day of sales. It's really all about getting ever-more people to sign up for Prime membership - you have to be a Prime member to take advantage of the deals, after all (or do you?).

The day itself is next Tuesday, 17th July - but, inevitably, some deals are already available. The million-dollar question, though, is: are the Prime Day deals worth it? Ultimately we'll have to wait and find out - but based on previous years, we are ready to make some educated guesses.

With projectors sure to be uppermost in the mind of any home cinema enthusiast, we thought we'd weigh up the pros and cons of taking the plunge on a new Sony projector this Prime Day.

MORE: View all the Prime Day deals on Amazon

Should you buy a Sony projector?

Have a look at our archive of Sony projector reviews and you'll see an unbroken run of five-star verdicts that goes back over four years. It's safe to say we rate Sony's prowess when it comes to this sort of technology.

And Amazon has pretty much already confirmed it's ready to take as much as 30 per cent off some Sony projectors on Prime Day itself. Which makes buying a shiny new Sony projector a no-brainer, right?

Well, yes and no. Mostly yes.

Sony builds an excellent projector, as multiple five-star reviews and What Hi-Fi? Awards confirms. What it doesn't do is build particularly affordable projectors - currently you're looking at £2000 or so to bring a Sony projector into your life - and that doesn't buy you a 4K model.

If you want something at the cutting edge of technology, a Sony projector will set you back £5000 at least - which is a considerable outlay in anyone's book.

But, of course, a 30 per cent reduction of such a big number makes for a big discount. And if Amazon is standing by to carve almost a third off the price of any of the Sony projectors we've tested recently, it's going to make the deal difficult to ignore. We're on the edge of our collective seat for Monday lunchtime.

All our projector reviews