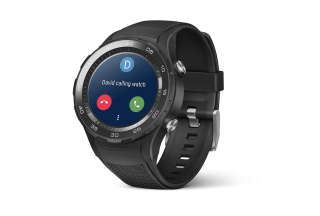 The deals extravaganza known as Black Friday has already presented a plethora of remarkable deals on Apple devices. Now, the Huawei Watch 2 wants to get involved, bringing with it a wide range of fitness features in an Android-compatible smartwatch – and nearly 50 per cent off its asking price.

The device was originally £279.99, (or £319.99 if you wanted the version with 4G LTE connectivity), but with £120 off the former and a £145 price-reduction on the latter, 43 per cent and 45 per cent has been slashed off those list prices respectively. The smartwatch has recently been superseded by the newer Watch GT2, but for this money it's an incredible buy.

Huawei Watch 2  £160 at Amazon
This fitness-tracking smartwatch would usually cost £120 more, but Amazon's Black Friday event means 45% off the RRP stays in your pocket as the Watch 2 slips around your wrist. Smart! View Deal

Huawei Watch 2 LTE  £175 at Amazon
With 45% off the cost of the 4G version of the Huawei Watch 2, you can nab yourself a great-sounding fitness proposition for a bargain price. This one may not stick around for long, though... View Deal

For a device with an attractive design, vast range of fitness tracking features and enviable battery life, the new £159.99 and £174.99 price points are solid bargains. Need gifting inspiration for the runner, athlete or New Year's Resolution-maker in your life? You may have just found it...

Amazon Black Friday: get up to 50% off Sony wireless speakers