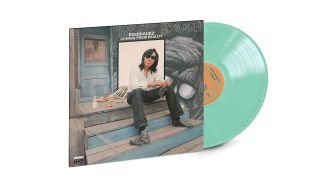 This Cyber Monday isn't only about the great deals you can get on tech: there are plenty of savings to be made on physical media, too. For us, that means a lot of searching for cheap vinyl.

Amazon is usually the place to go and, though their digital shelves aren't enormously well stocked this Cyber Monday, there are plenty of tempting deals to be had on classic albums and some 2019 releases, too.

So whether you're after some limited edition vinyl, or you just need to fill a gap in your collection, there's plenty here to put your turntable to good use.

Free by Iggy Pop vinyl £15.99 at Amazon
"This is an album in which other artists speak for me, but I lend my voice," says Iggy Pop in the liner notes for Free, his eighteenth studio album. It's more meditative than the feral recordings he offered earlier on in that catalogue, and is well worth a deep listen.View Deal

Everything Not Saved Will Be Lost Pt. 2 by Foals vinyl £17.99 at Amazon
The second of the band's 2019 double is a slightly heavier, murkier affair, and sounds just about as 'Foals' as it is possible to be. Expect to hear this played at every UK festival next summer.View Deal

Giants of All Sizes by Elbow vinyl £17 at Amazon
Giants of All Sizes might not be full of the festival-ready singles for which Elbow have become so beloved, but Guy Garvey and co's eighth record succeeds in sounding at once very much part of the band's catalogue while not being just another Elbow LP.View Deal

Cold Fact by Rodriguez vinyl £15 at Amazon
Made famous globally by the 2012 music documentary Searching For Sugarman, Rodriguez's debut album immediately captured hearts in South Africa and Australia upon its release in 1970. Cold Fact is a forgotten classic now thankfully very much remembered.View Deal

Greatest Hits by Ian Dury & The Blockheads vinyl £9.99 at Amazon
The only disappointing thing about Ian Dury's Greatest Hits album is that it only captures 13 of his most shining moments. Still, tracks such as Sex & Drugs & Rock & Roll, Wake Up and Make Love With Me and Reasons To Be Cheerful should be in every worthwhile vinyl collection.View Deal

I Heard It Through The Grapevine by Marvin Gaye limited edition coloured vinyl £20 at Amazon
Marvin Gaye's eighth studio album, released in 1968, obviously features its seminal title track, as well as the singles You and Chained, and has The Andantes, The Originals and Gladys Knight & The Pips all on backing vocals.View Deal

Kaya by Bob Marley limited edition coloured vinyl £23 at Amazon
Kaya's blissed-out meditations on love and marijuana weren't to everybody's tastes when the album was released just over 40 years ago, but few can argue now against its sun-drenched melodies that witness Bob Marley in his prime as a songwriter.View Deal