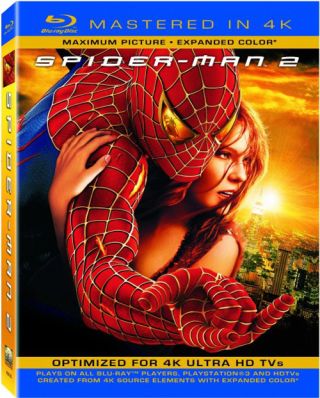 Sony has confirmed five more Mastered in 4K Blu-ray discs, bringing the total number of releases up to 15.

The five new titles, available on US import (the discs are region-free), are Godzilla, Men in Black, Moneyball, Spider-Man 2 and Pineapple Express, according to French site, HD Fever.

Remember, these discs aren't native 4K Ultra HD content, rather films that have been shot in 4K, scanned in 4K, then downscaled to 2K aka 1080p for Blu-ray.

Sony claims the discs, which will work on any Blu-ray player, says the discs are optimized for 4K Ultra HD TVs. And, will even look best on a Sony 4K TV...

There's still no sign of either the 4K Media Player or the 4K Video Unlimited service – both launched in the US – making their way over to the UK.