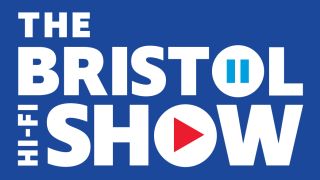 Good news. The Bristol Hi-Fi Show will be back once again for 2020. Now in its 33rd year, the UK’s largest and longest running hi-fi show is a regular fixture on the hi-fi calendar – and we’re very glad it is too. If you want to see all of your favourite hi-fi brands in one place, showcasing their latest and greatest products, then The Bristol Hi-Fi Show is the place to be.

We will, of course, be there too, on hand to answer any questions you may have about life, the universe, and (preferably) all things What Hi-Fi?. We will also be running another of our famous What Hi-Fi? demo rooms, showcasing the latest in picture and sound technology with a seriously cutting-edge, and hopefully seriously impressive, AV system and demonstration.

The event will once again be held at the Marriott City Centre Hotel in Bristol – if it ain’t broke, don’t fix it – and will play host to more than 160 brands, including Acoustic Energy, Arcam, Bowers & Wilkins, Clearaudio, Dali, Denon, Dynaudio, Fyne Audio, JBL, KEF, Linn, Marantz, Monitor Audio, Naim, PMC, Rega, Sony, Technics, Wharfedale and Wilson Benesch. To name but a few.

The annual Bristol Hi-Fi Show competition will also return, giving you the chance to win prizes from a selection of five-star products worth thousands of pounds. Last year’s prize-value grand total came in at more than £10,000. Head to the What Hi-Fi? stand in the Bristol Suite to enter.

So what’s in store for visitors this year? Well, there will of course be plenty of new products – and indeed new brands, with, for example, electrostatic experts MartinLogan set exhibit at the show for the first time. Here’s a sneak peak at some of what you can expect from the show floor…

Astell & Kern
The show naturally exhibits many five-star products, and one of them this year will be Astell & Kern’s flagship A&ultima SP2000 portable music player, which we recently said “sounds like no other PMP we’ve heard”.

Members lower down in the company’s range will also be making an appearance: the Kann Kube will also be available for demo-ing, and visitors will also have one of the first chances to see the all-new SA700 portable player that was announced in November.

Audeze
Likely to be paired with an Astell & Kern player or two, Audeze headphones will have a keen presence at the Bristol 2020 show. More specifically, there’ll be the brand-new and, for Audeze kit, affordable LCD-1 planar magnetic headphones, the £849 LCD-GX audiophile gaming headphones, and the higher-end LCD-i3 aptX HD wireless earbuds.

Audiolab & Wharfedale
Audiolab is teaming up with Wharfedale for what’s bound to be a fine audio demonstration in The Old Vic Suite on the lower ground floor. Audiolab’s entire 6000 Series, which compromises the Award-winning 6000N Play streamer, five-star 6000A integrated amp and the 6000CDT CD transport, will be on demo, partnered with Wharfedale’s five-star EVO4.4 floorstanders (every morning) and the Linton speakers from Wharfedale’s Heritage Series (every afternoon).

Incidentally, a Wharfedale EVO4.4-based speaker package will be a significant player in What Hi-Fi?’s 8K demos in the Bristol Suite.

Bowers & Wilkins
Bowers had a big 2019, and because of that it isn't short of products to show off at Bristol. Visitors to the B&W room in the Wallace Suite won't know where to look first. There'll be the latest PX7 headphones, five-star 600 Series speakers, the formidable Formation wireless range, and the B&W-equipped Philips OLED+984 TV.

Naturally, that showcase is completed by high-end hi-fi demo heralded by – cameras out – its iconic 800 D3 loudspeakers in a beautiful new Santos Rosewood finish. The system will be driven by some 3600 watts of Rotel Michi power, and will feature the new Michi P5 pre-amp.

Chord Company
British cable specialist Chord Company is preparing for its biggest Bristol ever! While it is keeping specific details under wraps, it will be launching a number of new AV cables at Bristol, as well as demo-ing its new Epic X speaker cable and Epic DIN cables in room 112. The award-winning Clearway Analogue interconnect (worth £90) is also being given away to visitors who subscribe to the What Hi-Fi? magazine at the show.

Cowon
Among retailer Advanced MP3 Players' Bristol showcase will be the newest portable music player from Cowon. The Plenue R2 is the latest model in what's been a successful range, with the Plenue D2 and its predecessor having scooped What Hi-Fi? Awards. The R2 has a promising spec list that includes 32-bit/384kHz playback and a dual next-generation premium DAC design that "merely sips battery power while delivering the best audio output". Room 310.

Cyrus
In room 106, Cyrus will be treating visitors' ears to the fourth member of its One range, the One Cast just-add-speakers streaming system. Its network streaming experience is based on Google Cast, meaning that music streaming apps – Spotify, Deezer, Amazon Music, Qobuz, Tidal and BBC Sounds, to name a handful – can be easily streamed through One Cast.

Denon
On a mission to rub shoulders with Sonos, Denon will be showcasing its recently announced Home multi-room wireless speakers. The Home 150, 250 and 350 are all built on the established HEOS streaming platform. Voice control is also on the menu, with Denon Home control possible via third-party Siri, Google Assistant and Alexa devices. Each of the speakers has an integrated microphone, too, with native voice assistant support to be added via a firmware update in 2020. With that, they'll also fall into the 'smart speaker' category.

Elipson
Bristol will mark the UK debut of the flagship from its new Legacy Series, the 3230 floorstanders. Also in room 208 will be the latest speaker in the French brand's spherical Planet Series, the October-announced W35, which we recently said “is one of the most stylish, home decor-friendly wireless speakers around, and [has] got enough welly to fill all but the biggest rooms”.

FiiO
In the Advanced MP3 Players room (310) will be FiiO's new digital music player, the M15, which utilises many top-of-the-line components, such as AKM's flagship AK4499EQ third generation DAC, capable of decoding up to 768kHz sampling rate and native DSD512. There's 64GB of storage (expandable up to 2TB), a built-in Bluetooth receiver and 15 hours of playback time.

Fyne Audio
Fyne Audio will have the first fruits of its newly opened Glasgow production facility on show at Bristol. There will be three new additions to the premium F700 speaker range, the F700 (£2499), F701 (£3999) and range-topping F704 based on a 30cm IsoFlare driver and 30cm bass unit. Visitors will be able to spy a collection of Fyne’s speakers in the Bristol Suite downstairs, while two demo rooms upstairs will offer listening opportunities.

Linn
Want to listen to the best-sounding wireless speaker we've ever heard? Good news: if you're going to Bristol you'll get to. Linn will be demoing its new Series 3, which we recently praised in its five-star review for its excellent combination of sonic articulacy and luxury design.

Living Voice, Kuzma and Triode Corporation
As the newly appointed UK distributor for KUZMA and Triode Corporation Japan, Definitive Audio will be showcasing numerous products – both new and old – from the two brands at Bristol. What’s more, we’re told Franc Kuzma himself will be making his debut at the show, while Living Voice speaker designer Kevin Scott Kevin Scott will be DJing using the Kuzma Stabi S,R and M models and a range of Kuzma tone arms and cartridges.

These demos will be bringing the heat too (!) with an all-valve system that includes the Triode Corporation TRX-M300 mono amplifiers, SJS phono and line preamplifiers and Living Voice OBX-RW3 loudspeakers.

Martin Logan
Big news: In light of the company gaining a new UK distributor (PMC Distribution UK) in July 2019, US speaker outfit Martin Logan is making its Bristol Show debut next month. Its presence will give the UK’s audiophiles their first opportunity to see all the company’s ranges in one place. Why now?

“What is little known in the UK is that Martin Logan has an extensive range of speakers that have inherited the DNA of the flagship products, but at a much more affordable price making the Martin Logan magic available to everyone… For this reason we are making a special effort to bring the entire range to the Bristol Show, so the UKs hi-fi fans can see what theyve been missing and how accessible Martin Logan is,” says PMC Distribution UK director Ian Sutton.

Martin Logan has recently expanded its renowned electrostatic loudspeaker offering with the new Motion Series, which will be on show alongside the brand’s flagship Masterpiece series electrostatic speakers and other products in the ground floor Bristol Suite. PMC will also be conducting timed demonstrations of select products in the SS Great Britain 1 & 2 suites, too.

Melco
What Hi-Fi? in the Bristol Suite will have a nice neighbour in Melco. The digital music library specialist will show the new S100 data switch, in addition to the newly announced EX Series of libraries, which feature advanced search and browse functionality following the integration of Melco Intelligent Music Library (MIML) software.

Neat Acoustics
Pretty neat news: Neat Acoustics will be revealing its latest speaker, the Ministra. A compact bookshelf version of the Ekstra speaker that launched at last year’s Bristol Show, it also features iso-baric bass loading and a true-ribbon tweeter. And borrowing too from the company’s Ultimatum models, its sub-baffle, which houses the drive units, is coupled to the main cabinet via a polyethylene membrane.

Completely ready and waiting to be demoed at the Bristol Show, it promises to deliver a “room-filling and innately musical presentation” that belies its modest size.

ProAc
ProAC is launching not one but two new speakers at Bristol. The K1 standmounts and flagship K10 floorstander expand the company’s K Series range, which already includes the likes of the K3, K6 and K6 Signature. The former is a two-way stand mount design featuring ProAc's proven 6.5in Kevlar mid-bass driver and ribbon tweeter, which are integrated by a “high quality” crossover and housed in a ported cabinet designed fist utilised in the K6.

Wilson Benesch
In the 1st Floor Conservatory, its usual spot, British high-end brand Wilson Benesch has confirmed it will be exhibiting its five-star, £5995 speakers, the Precision P1.0 – which you'll want to hear, by the way – alongside other models from its other speaker lines.

Von Gaylord Audio
US hi-fi brand Von Gaylord Audio is back at Bristol for its third year running, too, this time armed with both its entry-level and reference systems. Among the kit being demonstrated in room 404 is the Harmony preamplifier, and the VG-8 monitors powered by Triode Valve mono amps.