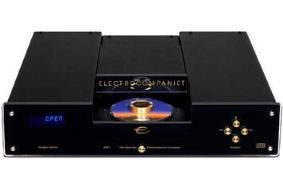 "For Electrocompaniet this is a major breakthrough," says managing director Mikal Dreggevik. "Our ambition is to be one of the major players in the British hi-fi market."

Electrocompaniet was founded in 1973 and is the leading Norwegian manufacturer of hi-fi equipment.

It produces CD players, amplifiers and speakers in its Classic range and a budget line-up called Prelude.

The company will launch several new products at this week's High End Show in Munich, including a new DAB/FM/internet radio tuner, the ECR 1. We'll bring you more details on that later in the week.

Audio T merged with Audio Excellence and Practical Hi-Fi in September 2008 to create a national hi-fi chain with 23 stores across the UK.