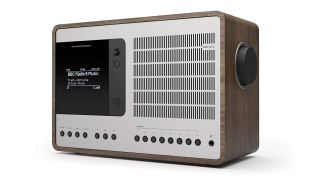 Whether you've been saving up for an amplifier, fancy upgrading your CD player or have your eye on a new desktop radio, there's no end of deals just waiting to be snapped up. But which are worthy of consideration?

To help you get the best bang for your buck, we've sought out the best savings across a wide range of hi-fi categories, including some current What Hi-Fi? Award winners.

Here we're focusing on electronics, so head to our speaker deals and turntable deals pages if that's what you're after...

Onkyo CS-375 CD Receiver System Black $248 at Amazon
Want big sound from a compact package? You can save over $100 on this CS-375 CD mini system, which pumps out 2 x 20-watts. If you're over the whole CD thing, Bluetooth 4.0 enables quick and easy streaming from smart devices. View Deal

Cambridge Audio CXA 80 Integrated Amplifier $799
You can save an impressive $200 on this powerful, muscular beast of an amplifier, which features a built-in DAC and a USB input. We applauded its sleek, brushed aluminium finish and weighty sound. A barnstorming buy at this price. View Deal

Yamaha A-S501 Integrated Amplifier $550
Yamaha’s A-S501 has been around for a few years but it's a beautifully-built product – chunky, well finished and appealingly retro in appearance. It's capable of supporting 24-bit/192kHz music streams and great value at this price.View Deal

Astell & Kern KANN Portable High-Res Audio Player $699
A 2018 What Hi-Fi? Award winner, this good-looking and impressive-sounding portable player features a striking design and impressive Hi-Res Audio performance. It even has built-in Bluetooth aptX for streaming. A must for audio lovers.  View Deal

Cambridge Audio CXC CD Player and Transport $399
Save $50 on this superb-sounding CD transport, winner of our 'Best CD transport under £500' Award back in 2015. If you’ve already got a good DAC, we wouldn't hesitate to recommend this model over a standalone CD player.View Deal

Audiolab 8300CD Balanced CD Player/32-bit DSD DAC/Preamp $1100
One of the best-equipped in its class, this slot-loading CD player offers digital pre-amplification alongside digital volume control. We praised its refined and detailed sound, awarding in a well-deserved four stars. View Deal

Audiolab M-DAC nano $199 at WorldWideStereo
There's lots to like about this 2019 What Hi-Fi? Award-winner. It's a great way to improve the sound of your phone or laptop, thanks ot an unbeatable combination of sonic punch refined wireless operation. We can't think of a better buy – especially given that the price has dipped under $200.

Revo SuperConnect Deluxe Table Radio $329
With Wi-Fi internet radio and Spotify Connect, plus FM radio, this stylish British-designed mini unit is one of the best-connected bedside radios you could ask for. Full-bodied sound – plus a $100 saving.View Deal