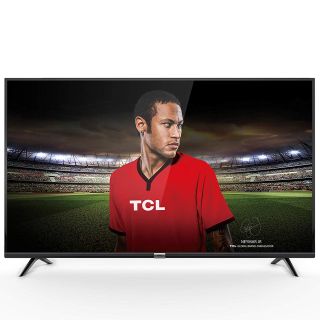 We appreciate not everyone can afford a flagship TV, even with some of the great discounts available on Amazon Prime Day. Well fear not, because budget TV brand TCL has some cracking – and we mean cracking – deals on offer today only. But you only have seven hours left to pick up one of these fantastic TV bargains, so you'd better get cracking!

The TCL 55DP628 is a 55 inch TV with a 4K resolution, plus HDR10 and HLG compatibility, and includes Netflix 4K and YouTube 4K streaming via wi-fi, plus Freeview Play, Dolby audio and the Alexa voice assistant. And you can save £130.

Netflix, YouTube and other video streaming services available on this smart TV with its very low price. Not one we've tested but it's certainly specced-up for Ultra HD and HDR. It's wi-fi-enabled and you can control it with Alexa too.View Deal

It's all systems go for TCL on Prime Day with its 4K big screen tempters. You can voice control them if you have an Echo product and enjoy Freeview as well as Netflix and YouTube in 4K. It's HDR10-enabled, wi-fi-compatible and has a USB for external media playback.View Deal

It's hard to argue with a 55in 4K TV for under £300. What can one really ask of it? There's video streaming apps, HDR10 support and you can voice control it if you have an Echo. Not one we've tested. Don't hold out for class-leading picture performance but there's definitely great value here if you want a big screen TV on a budget.View Deal