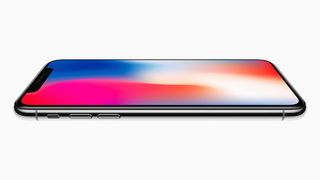 Another September, another iPhone launch. And as per, the internet hasn't been short of rumours and leaks about Apple's 2017 smartphone line-up in the weeks building up to Apple's annual launch event.

Earlier this week we learned from a leaked version of iOS 11 that Apple's flagship OLED smartphone (sitting above the iPhone 8 and 8 Plus handsets) would be called 'iPhone X', and now we have full details of Apple's latest three handsets.

Apple has announced its new flagship: the iPhone X (pronounced "ten", to celebrate the iPhone's 10th anniversary), which Tim Cook calls "the biggest leap forward since the original iPhone". It features a 5.8in Super Retina OLED display with a 2436 x 1125 resolution and 458ppi – the highest pixel density ever on an iPhone.

Going big on numbers, the X's screen has a claimed 1,000,000:1 contrast ratio, as well as 3D Touch display and Apple's TrueTone technology. The X supports both Dolby Vision and HDR10 formats too.

The X ditches the home button in favour of a full-screen experience and introduces a new Face ID feature that lets you unlock your phone and make purchases using its clever front-facing camera and sensor technologies.

The rear snapper comprises 12MP wide-angle and telephoto lenses, and is capable of 4K (although not HDR) video recording at 60fps, while a 7MP sensor sits on the front.

The X will, naturally, run iOS 11, which makes advances in augmented reality, Apple Pay, Siri and introduces AirPlay 2. Its 64GB and 256GB versions will be available in space grey and silver finishes, and it should come as no surprise that it will be the most expensive iPhone to date. Prices will start at (gulp!) £999 for the 64GB model, rising to £1149 for the 256GB handset.

Pre-orders for the new Apple iPhone X start on 27th October, with the phone going on sale 3rd November.

Apple has also announced the rather more pragmatic iPhone 8 and 8 Plus smartphones (to supersede the iPhone 7 and iPhone 7 Plus).

The two handsets have an all-new design, featuring glass on both the front and back, reinforced by a steel and copper structure. Apple claims the Aerospace-grade aluminium body is the "most durable ever in a smartphone" - it's microscopically sealed for water and dust resistance.

There are new built-in speakers too, which Apple claims go 25% louder than those of the iPhone 7 and have deeper bass too.

Both handsets feature a new A11 bionic chip - faster and more efficient than the A10 chip found in the iPhone 7. They also have the first Apple-designed GPU, which promises to be 30% faster.

As for cameras, the iPhone 8 has a more power-efficient 12MP snapper, with faster autofocus in low light conditions and a new colour filter. The iPhone 8Plus features dual lenses with optical image stabilisation.

Apple also claims the two handsets are capable of the "highest video quality capture ever in a smartphone", with faster frame rates and real-time video analysis to optimise captured content. Users can now shoot slow-mo 1080p HD videos at 240fps.

What is OLED? The tech, the benefits, the best OLED TVs