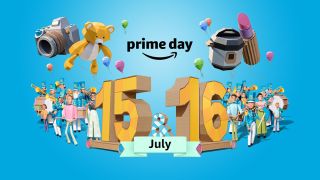 Like upcoming phones, games and, well, pretty much anything, internet leaks have been all over the potential date of Amazon Prime Day 2019. Today, though, Amazon has put that all to rest, confirming when it will run its Prime Day deals – and surprise surprise, the rumours were true.

Amazon Prime Day this year will begin at 00.01am (BST) on Monday 15th July and conclude at 11:59pm (BST) on Tuesday 16th July. That's a promised 48 hours (bar two minutes!) of new deals, which will drop every few minutes on the website and app – although we wouldn't be at all surprised if some deals dragged out over the following days.

That will make it the longest Amazon Prime Day sale ever – and Amazon isn't stopping there. It will also be the "biggest Prime Day deals ever on Alexa-enabled devices" so we can expect bigger savings on the likes of Echo speakers, Fire tablets and the Fire Stick 4K streamer than we saw last year.

New for this year are featured Lightning Deals (discounts on products that run only for a short time), which will include "some of the most exciting products of the year".

Amazon will also be expanding its focus on Prime Music and Prime Video benefits this Prime Day, too, offering deals, exclusive content and "some big surprises from some of the world’s top talent to be announced." As a "taster", Amazon is offering 50 per cent off blockbuster movie purchases and rentals from this Friday (28th) right the way through until 18th July.

The special day of deals is a members-only affair, so you'll need to be a Prime member to take advantage of the offers. Thanks to Amazon's 30-day Prime free trial, there is always the option to sign-up, bag a few bargains, and then cancel your membership.

Anyone who's shopped on Amazon before will know that the online retailer has deals all year round, though, and there's already some killer savings to be snapped up, including £40 off budget hi-res Sony Walkman, savings on five-star UE Wonderboom wireless speaker and a 54% discount on Sennheiser wireless headphones.

You can see a wider selection of the very best Pre-Prime Day deals here.