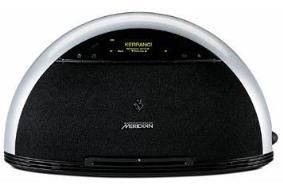 The prize is one of many donated for the forthcoming Led Zeppelin Memories in Music Memorabilia Exhibit taking place at Knebworth House in August. To enter the competition, log on here.

To celebrate the 40th anniversary of the formation of Led Zeppelin (1968-2008), fans around the world have agreed to loan some intriguing Zeppelin memorabilia.

Visitors will be able to see a red leather jacket belonging to John Bonham, which he wore for the Knebworth show on August 11 1979, photos by Frank Melfi, all the albums signed by the band, a rare Japanese release of LZ I, 46 singles from around the world, original sheet music and song books from the 1970s, a promotional inflatable Zeppelin and Jimmy Page's robe from the 1980 tour.

All proceeds from donations and raffle-prize money will go to the ABC Trust (Action for Brazil's Children).

The Led Zeppelin Memorabilia Exhibit takes place in the family library at Knebworth House from August 1st to September 3rd. The exhibition is open daily from 12noon to 5pm, and tickets cost £9.50 for adults, £9 for children and senior citizens.