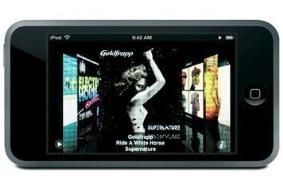 Entertainment Media Research surveyed the digital habits of 1500 UK consumers and found that the abundance of online music services was persuading many to 'go straight'.

This is the first time in the five years that EMR has produced the survey that a majority of respondents – 51 per cent – said they received their music via legal downloads.

Just over half of those questioned said they downloaded music from legal subscription sites, or those supported by ads.

"It is quite evident that an ISP-led strategy has bite, because illegal downloaders are fairly convinced that ISPs are monitoring their activities and are more likely to act against them than the courts," says Russell Hart, chief executive of Entertainment Media Research.

The research found that younger web users tended to be the most persistent pirates. In the 13-17 age bracket, 58 per cent said they had downloaded illegally.