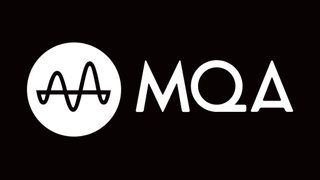 Music streaming services are now the main medium through which many of us listen to music. Most, such as the market-leading Spotify and Apple Music, offer standard, lossy compression music streams, whether 256kbps or 320kbps, AAC, MP3 or Ogg Vorbis. Some, such as Tidal, Qobuz and Deezer also offer higher, CD-quality streams.

But what about hi-res audio (by which we mean above CD quality)? The first service to offer hi-res streaming was Qobuz, followed by Tidal and, just recently, Amazon. Our favourite music streaming service, Tidal launched its now-established Tidal Masters hi-res library over three years ago, and it uses MQA technology to make it possible.

So what is MQA audio? How has it helped hi-res streaming become a reality? And what other music listening experiences is it behind?

MQA aims to “fundamentally change the way we all enjoy music”. It’s a method of digitally capturing and storing original master recordings as files that are small and convenient enough to download or stream, without the sonic sacrifices traditionally associated with compressed files.

MQA claims its tracks use a similar bandwidth to that required for CD-quality streams. So if you’re able to stream Tidal’s hi-fi tier with relative ease then the new Tidal Masters tier using MQA shouldn’t be a problem.

How can you listen to MQA?

Rather than being a new file type to sit alongside FLAC, WAV et al, MQA files can instead be packaged inside any lossless container such as FLAC, WAV or Apple Lossless. You will need compatible hardware, such as a music streamer or portable music player, or software such as the Tidal desktop app, to decode the MQA files.

And this is no pie-in-the-sky promise; the hardware is available. And, now we're some years into its existence, there's plenty of it.

The Pioneer XDP-100R and Onkyo DP-X1 were among the first MQA-compatible portable audio players, and that's since been expanded to include various players from Pioneer, Onkyo, Astell & Kern and Sony – including the Award-winning Sony NW-A45 and Astell & Kern A&norma SR15.

The LG V30 became the first globally available smartphone with MQA in 2017, and the format has since found its way onto its LG ThinQ successors, as well as the Essential phone.

Select Technics streamers can also be added to the list of MQA-supporting products, as can the Bluesound's Generation 2 multi-room family, and hi-fi components by the likes of NAD, dCS, Moon by Simaudio, Mark Levinson and Audiolab. AudioQuest's DragonFly Black and DragonFly Red DACs are MQA-enabled too.

Where can you find MQA music?

If you don't have any of the above hardware, then you still play Tidal's one million+ Masters tracks through the Tidal desktop, Android and iOS apps, which can decode and play them through your, say, phone or Macbook.

These apps can complete the first 'unfold' of MQA file decoding, outputting streams to a maximum of 24-bit/96kHz. However, the only way to entirely unpackage an MQA file for playback, and therefore give you a more accurate representation of the file, is by pairing the app with a MQA-compatible product (as listed above) that takes the decoding process away from the software (the Tidal app).

With major music labels such as Universal, Warner Bros and Sony Music now partners of, and offering music in, MQA, we wouldn't be surprised if more music streaming services got in on the action too. Deezer announced a partnership with MQA back in September 2017, but all has gone quiet on that front since.

Actual MQA music files are available to download from the likes of Highresaudio, Onkyo Music (powered by 7digital), and 2L, as well as e-onkyo music, Kripton HQM's store and groovers (Japan). And if you're looking to play such purchased files through a PC or laptop, dedicated desktop music player software, such as Audirvana and Roon, also support MQA.

What about MQA Live?

MQA has also been experimenting with “original quality” real-time concert streams with its MQA Live technology, which it has demonstrated at various trade shows in recent years.

The point of Live is to create a virtual gig experience, allowing people to listen to their favourite bands’ live performances if they can’t attend the event themselves.

To do this, MQA has made a live encoder box that connects to a venue’s audio system and is able to send what is being played to the chosen delivery platform of the venue. MQA claims the encoding process “preserves audio quality and addresses bandwidth issues”.

In January, MQA channelled this experience into a new format – The Masters Sessions – through a partnership with one of its hardware partners, Bluesound. These sophisticated audio soirees comprise live concerts, streamed in MQA studio quality, to over 140 esteemed audio dealerships around the world, played through each dealer's Bluesound MQA-enabled audio players. These dealers have included eight Sevenoaks Sound and Vision stores, in Bristol, Chelsea, Sevenoaks, Reading, Oxford, Solihull, Cambridge and Manchester. The initiative is still young – only a few sessions have been hosted so far – but there are more to come!

In support of the UK artists that were set to play at SXSW in March but couldn't because of the Coronavirus pandemic, MQA partnered with the British Music Embassy and us (!) to live stream mini concerts on the What Hi-Fi? YouTube channel using MQA tech.

While we’ve been able to get native hi-res audio support on Android devices from Samsung, Sony and LG, the Apple iPhone has only been able to properly play hi-res music via a third-party app and portable DAC.

Rumours have long since suggested Apple is planning to deliver hi-res audio through Apple Music, but we aren't holding our breath. Instead, we've established an effective (if not particularly elegant) workaround.

Could Apple one day use MQA and deliver hi-res music? It seems unlikely in the near future, but, as goes the expression, never say never.

One thing's for sure, for anyone with an interest in audio quality, MQA is a technology that demands to be heard. Want to know more? Head over to the MQA website here.