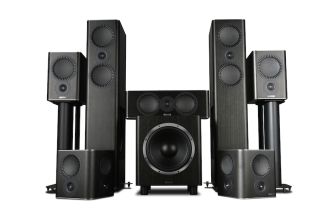 Mission hit form last year with its budget LX series – as the Award-winning LX-2 standmounts go to show – so naturally the British brand is looking for similar success in the next price bracket.

Every speaker* in the QX range features a new ring dome tweeter and Mission’s DiaDrive cone system, and continues the brand’s traditional tweeter-below-mid/bass array. This arrangement is claimed to aid the time-alignment (and consequently the integration) between the drivers.

The Mission QX speakers, which come in white, black or walnut finishes, are debuting at the Indulgence Show in London this weekend and will be in a store near you in November.

The top 40 What Hi-Fi? products of all time