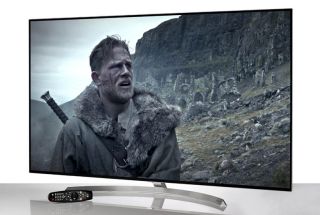 So which should you race to get into your basket? With every model across LG’s 2017 4K OLED range boasting the same panel and picture-processing tech, it’s only the C7’s “stiletto” stand that separates it from the B7. So yes, it’s largely down to aesthetic preference.

Either way, both heavily reduced sets are veritable bargains.

What's more, the B7 and C7 can be yours for as little as £1349 (with a five-year guarantee cover included) if you enter the discount code 'LSTV10' at checkout at Currys PC World - as spotted by Jelly Deals, a deals site owned by Gamer Network.

Looking for a more modest-sized TV bargain? You'll be able to keep track of all the best deals on our Best Black Friday deals page.

Save on Sonos speakers in latest Black Friday deals

Save on a Christmas gift subscription to What Hi-Fi?

Get three months of Spotify Premium for 99p