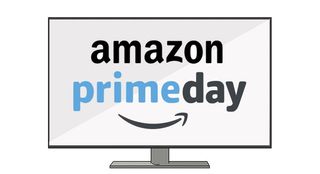 Amazon may be one among the world's biggest retail giants, but it hasn't gone through the Coronavirus pandemic unaffected. Its annual sales bonanza, Amazon Prime Day, which typically takes place in July, was postponed last month. Previous reports suggested Amazon would be pushing it back until September, but now it looks like it could take place in October – just a month before Black Friday.

On Wednesday, Amazon reportedly informed third-party sellers that the date would likely be pushed back again to the 5th October (via Business Insider).

The email describes the 5th October as a "placeholder date" for Prime Day promotions. It goes on to caution that "exact Prime Day dates have not been announced" but that "a definitive date will be announced as we get closer to the event”.

Prime Day 2019 saw Amazon sell 175 million items and surpass $7billion in sales as  the Amazon Prime members shopping event grew from a single day of discounts to two-day deals extravaganza. With more Prime members than ever signing up to Prime, and the looming threat of some people still being stuck at home more than they usually would be, Amazon Prime Day 2020 could be the biggest yet.

All the details on the Amazon Prime Free Trial