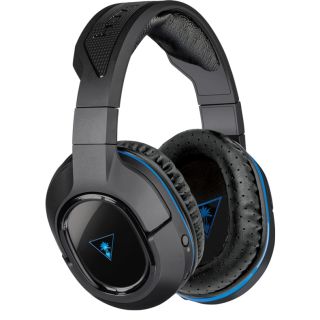 According to Turtle Beach, the Stealth 500P is the "very first headset" to boast DTS Headphone:X 7.1 surround sound – described as an "innovative new sound experience" that'll boost the sound quality of games, music and films.

With its promise of greater control over speaker position and angles, Turtle Beach says that DTS Headphone:X offers a gaming mode that alters the location of the centre channel to better suit the sound generated by games - particularly first-person titles.

The Stealth 500P connects to the PS4 for chat audio via a USB wireless transmitter and it's an optical cable that connects the transmitter to the console itself. There's also separate game and chat volume controls.

A 3.5mm cable is also included with the headset, which means you can use it in conjunction with a PS Vita, mobile phone or tablet.