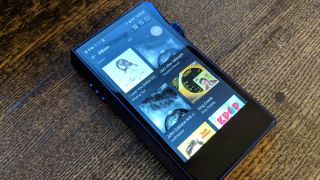 If there’s one thing we’ve learned over the years it’s that plenty of people will happily sacrifice audio quality for convenience. The popularity of music streaming services and wireless headphones are proof of that. Although seldom a match for a well-recorded LP or good pair of wired headphones, they sure are mighty handy.

Recently, however, there has been a conscious push-back for quality. The vinyl resurgence has demonstrated as much, to an extent: LPs certainly aren't convenient. And so has the rise of high-resolution audio. So is there a way to enjoy ease of use without sacrificing performance?

The folks at telecommunications giant Qualcomm think so. In January 2016 they launched aptX HD, a Bluetooth codec capable of wirelessly transmitting 24-bit hi-res audio. In a nutshell, Bluetooth devices such as portable speakers, smartphones and wireless headphones can now sound even better. Potentially.

But what's so good about aptX HD? How can you hear it? And what devices are compatible? Read on...

What is aptX Bluetooth?

To understand what aptX HD is, we need to discuss what ‘classic’ aptX is. It is an audio-coding algorithm, created in the 1980s, popular with film studios and radio broadcasters. These days, aptX is synonymous with Bluetooth, which you’ll find on plenty of computers, smartphones, AV receivers, and plenty of other consumer electronics products.

What’s the big deal about aptX? Its party trick is the ability to transmit music, full bandwidth, at a ‘CD-like’ 16-bit/44.1kHz. It’s ‘CD-like’ and not ‘CD-quality’ because aptX uses compression, which helps to reduce audio-coding delays and minimise latency issues. It's also designed to sound better than standard Bluetooth. Classic aptX has a compression ratio of 4:1 and a data rate of 352kbps.

What is aptX HD?

Now for aptX HD. Also called aptX Lossless, it is essentially an updated, beefed-up aptX with the ability to transfer music in a way that allows better sound quality.

It was released in reaction to the increasing popularity of hi-res audio and supports audio at 24-bit/48kHz. Compression remains at a ratio of 4:1, with a bitrate of 576kbps.

Whether it is a match for a wired hi-res signal is debatable, and straightforward comparisons are tricky as you can't turn aptX HD on/off on products to discern sound quality differences, but Qualcomm seems to be happy gunning for ‘better-than-CD’ sound quality. And there are plenty of class-leading headphones we've heard, such as the Sony WH-1000XM3 and Bowers & Wilkins PI3, that use it.

What do you need in order to hear aptX HD?

There are requirements for using aptX HD. First you need the right hardware. Specifically we’re talking about the CSR8675 Bluetooth audio SOC (system on chip).

Not only can it handle end-to-end 24-bit audio, it also provides greater digital-signal processing than its predecessors. Qualcomm promises a lower signal-to-noise ratio through encoding and decoding, as well as less distortion too, particularly in the 10-20kHz range.

The requirement for a specific chipset means you will get aptX HD only if you have the right devices in the first place: there is no option for a software upgrade later. Nor is there any scope for any sort of audio ‘upscaling’.

The good news, however, is that you don’t need to worry about backwards/future compatibility. AptX HD devices are compatible with ‘classic’ aptX headphones and speakers.

Android smartphones and tablets were some of the first products to implement aptX HD since its launch, with the LG G5 being the very first smartphone to adopt it. Other LG phones quickly followed, including the G8 ThinQ smartphone - and support is now fairly common across various recent smartphones from Sony, OnePlus, Huawei and Google.

But now aptX HD is everywhere – in headphones, wireless systems, streamers and even turntables.

When it comes to portable music players, Astell & Kern is the most prominent supporter of aptX HD alongside Sony's Walkman. For example, the Award-winning AK70 and Kann, and A&norma SR15 and A&ultima SP1000M players are all compatible with the codec.

Beyerdynamic's Xelento Wireless and Aventho headphones support the codec, too, as do the excellent Sony WH-1000XM3 and Award-winning B&W PX and PX7 noise-cancelling headphones.

Audio Technica's ATH-DSR9BT, ATH-DSR7BT and ATH-DSR5BT wireless headphones are also on the list, as are pairs by Cleer, Panasonic, PSB, NAD, HIFIMAN and Nurophone,

Adoption on the hi-fi side has been growing, too: Naim's Uniti Star, Atom, Nova music systems, Cambridge Audio's Edge A and Edge NQ amplifiers, Dali Callisto speaker system and the Ruark R5 system all come with aptX HD built in, as does the NAD C 658.

Want to add aptX HD to your existing set up? Check out the iFi Zen Blue, which can add offline streaming to your system.

What about aptX Adaptive?

The story doesn't end there: in 2018 Qualcomm unleashed the latest generation of Bluetooth codecs, aptX Adaptive.

AptX Adaptive will more or less replace aptX HD in time – it essentially combines the current aptX HD and aptX low-latency (which aims to improve the synchronicity of audio and video content) codecs, claiming to improve stability and audio optimisation.

Backwards compatible with aptX and aptX HD, this codec takes into account the external RF environment around your aptX Adaptive device, so you don't experience any drop-outs when you're taking your phone out of your pocket or bag. It will automatically optimise audio depending if you’re making calls or listening to music, too.

But what's more interesting is that while aptX Adaptive is capable of transmitting 96kHz files wirelessly, even if the codec will launching supporting 48kHz only. That could make hi-res wireless streaming between mobile devices a reality in future, provided the connection is robust enough.

So far, aptX Adaptive has been adopted by Bowers & Wilkins' latest slate of excellent headphones: the PX7, PX5, PI4 and PI3.