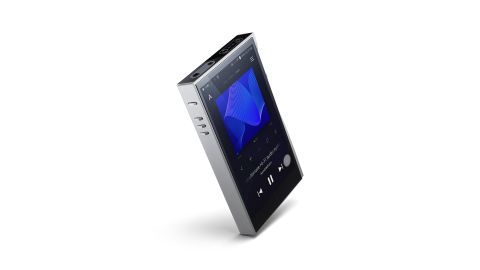 With its unique features and familiar talents, the SE200 is another successful Astell & Kern portable music player

Not content with being one of the most consistent manufacturers of premium music players, Astell & Kern has set out to try something no brand has attempted before.

So, why does a music player need multiple DACs when those with just one have done the job perfectly well over the years? It’s down to letting the user pick the sonic signature they prefer. Each DAC type feeds its own set of outputs – 2.5mm balanced and the standard 3.5mm.

Also, having several filters for each of the ESS and AKM DACs allows for further fine-tuning. Suddenly, Astell & Kern players have gained another dimension.

To properly execute this multi-DAC set-up, Astell & Kern claims it has spent twice the usual amount of time on development and tuning. It has implemented different amplifier circuit designs, optimised to the characteristics of each DAC.

Battery life Up to 14 hours

More typically for an A&K player design, it also separates the signals for balanced and unbalanced channels to minimise distortion and maximise performance. It appears that the AKM DAC draws more power than the ESS chip, with Astell & Kern’s claiming 10 hours of continuous play versus 14 hours respectively.

But while Astell & Kern treads much new ground with the SE200, it is on familiar turf elsewhere, which is no bad thing considering the success of its catalogue. Like many A&K players, including the entry-level A&norma SR25, file support goes all the way up to 32-bit/384kHz and includes native DSD256 and MQA playback.

There is plenty of onboard storage to load up your CD and hi-res download collection, too – 256GB of it, which should accommodate over 5000 songs of CD-quality WAVs. That matches the company’s similarly priced A&ultima SP1000M, although it is below the 512GB capacity of the flagship A&ultima SP2000.

Wi-fi (2.4GHz) is onboard to facilitate playback over DLNA and from music streaming service apps that can be added via the Open APP platform (Tidal and Deezer come preloaded). aptX HD Bluetooth is also present for listening wirelessly through Bluetooth headphones.

Astell & Kern has retained its typical aesthetics here, too – the 5in touchscreen is framed by an elegant aluminium chassis, with the side-panel volume dial the standout feature. It’s all rather familiar, although at 13cm tall and 7.7cm wide, it’s on the large side by A&K standards.

While the briefest of glances would identify the SE200 as one of Astell & Kern’s own, experimentation has ventured beyond features and crept its way into the design. That volume wheel now has an LED ring at its base that indicates music playback information such as the type and bit-rate of the track playing – red for 16-bit tracks, green for 24-bit, blue for 32-bit and purple DSD.

That LED is a handy indication of the bit-depth (although sadly not sample rate) quality of Tidal Masters hi-res streams that is otherwise unidentifiable between their 16-bit/44.1kHz and 24-bit/96kHz range by definition.

Astell & Kern has also moved from a glass rear cover on the SE100 – the first player in the brand’s A&futura line – to a ceramic one in the transition to the SE200. This gives the player a more premium feel and is also claimed to improve wireless network performance.

It’s not often we are faced with four headphone jacks to choose from, but we start from the left with the AKM DAC-fed outputs. This turns out to be the best option, serving up a sound that trumps every Astell & Kern player before it, bar the A&ultima SP2000.

It even sounds better than the SP1000M. Comparing the two, we find the SE200 prevails over the decent SP1000M in almost all sonic aspects – clarity, dynamics, rhythmic fluidity and insight. It’s bolder-sounding and more tonally neutral than some of its siblings, with Astell & Kern trading some of its typical richness for a faster, more articulate listen.

Whether we play Elvis Costello or Ludovico Einaudi, Mac Miller or Andrew Bird, the SE200 delivers the music faithfully. It captures its fine details and dynamic fluctuations and conveys it all on a crystal clear canvas that is as engaging as it is informative.

The ESS DAC-fed output offers a fuller, warmer listen – preferable for lush, orchestral music perhaps – but it sacrifices the spaciousness, clarity and those last couple of layers of subtlety in comparison. In fact, it’s closer to the SP1000M in character and calibre – it’s good, but just not as good as the AKM.

The inclusion of audio filters – six for the AKM, three for the ESS – encourages experimentation and an opportunity to subtly alter the sonics for stored files. However, they don’t work with streaming services or MQA tracks, and don’t make enough of a difference to permanently switch from the default options.

Astell & Kern’s decision to offer two separate DAC configurations is certainly an odd one. Some will no doubt relish the option of different sonic signatures, but ultimately we don’t see the need for the inferior-sounding ESS performance when the AKM output performs so much better.

Part of us wishes the company had either put more resources into making the SE200 sound even better through one set of outputs, or simply lowered its asking price by omitting the feature. That said, the company has still managed to set a new performance benchmark for the price with the SE200. Perhaps it should just be content with consistency after all.