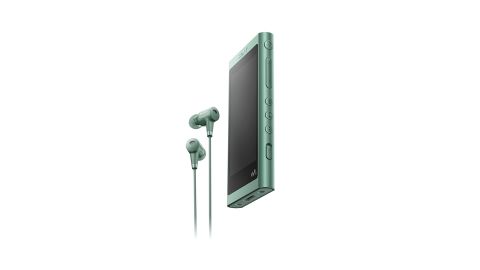 In the six years since Sony introduced its first high-resolution Walkman, the Japanese giant has offered hi-res audio support across a variety of portable players, from the very affordable to the very high end.

But, alongside the likes of Cowon and FiiO, Sony is most focused on the budget end of the market, and has recently reaped its reward in the form of a 2019 What Hi-Fi? Award for the NW-A45.

Clearly not one to rest on its laurels, Sony has now replaced that budget belter with this NW-A55L, and with it has set a new benchmark for affordable hi-res portable players.

The NW-A55L is capable of playing pretty much anything you could throw at it: hi-res PCM files up to 32-bit/384kHz (WAVs are supported all the way up, while FLACs top out at 24-bit/96kHz), DSD tracks up to 11.2MHz (which the player converts to PCM) and MQA music. That covers nearly every digital music file you could probably own, whether it’s ripped from a CD collection or downloaded from a digital music store.

Aside from extensive file support, the NW-A55L is the no-frills player you’d expect for the money. Its palm-sized, slimline design is unremarkable, though the last thing you want from a second device in your pockets is big and garish.

The foolproof interface, while perfectly easy to navigate on the touchscreen, is a basic affair too – more functional than fancy.

The absence of wi-fi rules out directly streaming networked files and from music services – not surprising for a player of this price – although more of a shame is that Sony has dropped the FM tuner from this model.

You can get round the former omission thanks to the NW-A55L’s Bluetooth receiver, which allows you to pair a laptop or phone and play its music content through the Walkman, benefiting from its likely superior DAC and processing.

Headlining the player’s home screen is a logo for activating this feature, and if you dive into the intuitive settings, you’ll find the option to pair with and transmit music to Bluetooth headphones or speakers, too. You can choose between Sony’s proprietary LDAC Bluetooth codec (which is claimed to allow transmission up to 24-bit/96kHz) or the more common aptX HD (with a maximum 24-bit/48kHz transmission).

Next to the homescreen logo is another to turn the player purely into a USB DAC, so it can act as a sound-enhancing middle-man between your music source and headphones.

The NW-A55L offers features only unlocked by two specific pairs of Sony headphones. Connect the IER-NW500N earbuds, and noise-cancelling (to block out external sounds), an ambient sound mode (to allow external sounds in) and Sony’s Clear Phase processing can be activated. The same functions, apart from the ambient sound mode, are also available with the MDR-NW750N earbuds.

However, as we discover by connecting the Sennheiser Momentum earbuds and Grado SR325e on-ears to its 3.5mm headphone jack, as well as connecting wirelessly to the Technics EAH-AZ70W, a pair of Sony headphones is far from necessary in order to enjoy the Walkman.

If you’re looking for a sonic upgrade over your phone, the Sony will offer it across the board. It has a next-level maturity when it comes to delivering clarity, cleanliness and weight, and its well-timed sprightliness and more than a hint of dynamics save it from mimicking the often flat presentation you get from a phone’s output.

The NW-A55L confidently bops along to the grooves that underpin D’Angelo and The Vanguard’s Ain’t That Easy, driving the bassline with impetus while giving the rest of the track its fair share in the spotlight. We play Lubomyr Melnyk’s Pockets Of Light, and it diligently unravels the dynamics to ensure the long passage of piano playing sounds rightfully captivating rather than repetitive.

We like the player’s crispness and sparkle, but you can trade some of it for more warmth courtesy of the Vinyl Processor mode, while activating DSEE HX adds a bit of extra richness and fullness for those who crave it, too. The sound can be opened out a little more with the VPT Surround modes – the ‘Studio’ option gets our pick – although there is a slight loss in focus.

Compared with the NW-A45 – Sony’s previous-generation entry-level Walkman and a current Award winner – the NW-A55L is fuller and cleaner, fleshing out notes (the bass is notably better defined) and presenting them with a more upfront sound.

Sony hasn’t simply carried out an annual update for the sake of it; the refresh is justified by squeezing more performance into a budget price tag than ever before. Are we looking at a 2020 What Hi-Fi? Award winner? We wouldn’t bet against it.