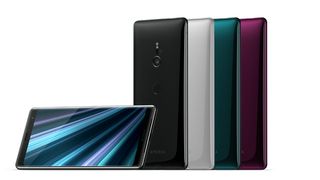 The Sony Xperia XZ3 marks the first time Sony has used an OLED screen, with the flagship phone featuring a 6in display with Quad HD+ resolution (2880 x 1440 pixels).

It also features something Sony calls “Dynamic Vibration System”, which gives you haptic feedback when playing music, videos and games.

On the audio side, the XZ3’s S-Force Front Surround Sound stereo speakers are 20% louder than before, and there’s support for high-res audio playback, including DSD. The handset also comes with Sony’s proprietary DSEE-HX up-conversion engine and LDAC streaming protocol, along with Bluetooth 5 and Google Cast.

The phone is powered by a Snapdragon 845 processor, will come loaded with the latest Android 9 (Pie) OS, and sports a 3330mAh battery. You can also expand its 64GB storage thanks to an SD card slot that supports up to 512GB.

If all this seems fairly pedestrian to you so far, consider this: Sony has peppered its flagship phone with plenty of predictive AI.

A new ‘side sense’ feature will show the most relevant apps you use when you double tap the sides. And if you lift the phone in landscape mode, the ‘smart launch’ feature will automatically launch the camera app, making it quicker to take a photo.

The cameras on the new XZ3 are a 19MP main snapper and a 13MP front lens, both capable of shooting 4K HDR videos.

You can also create 3D avatars out of any object you point the camera at (including your face), but even more scarily prescient is the “Predictive Capture” feature. It detects movements and smiles, and starts creating four images of what it thinks the next picture will be – before you even press the shutter button.

The smartphone itself is a glass and aluminium design, is water-resistant and comes in four colours: black, silver, forest green and Bordeaux red.

Starting at £699, the Sony Xperia XZ3 will be available at the end of September, although you can pre-order it right now.

MORE: See all our smartphone reviews