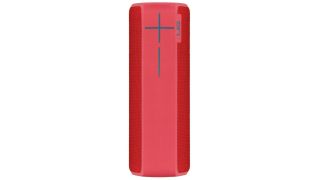 The Boxing Day sales have begun, and already we're seeing some hard-to-resist deals on several What Hi-Fi? five-star products, from £300 shavings on Denon AV amps to 50% off this Ultimate Ears portable Bluetooth speaker.

The Boom 2 is the smaller (and thus even more portable!) version of the company's also-successful Megaboom. While now succeeded by the third-gen Boom 3, 2015's Boom 2 is still a fantastic choice if you're looking for a fun and affordable portable speaker - especially when it's only £59.99.

Only a few days ago the Boom 2 had been reduced to £75 in select stores, so thanks to an extra Boxing Day sales price drop it's now the cheapest we've seen it. To be honest, we'd be surprised if the last stocks of the speaker were slashed again.

At the Boom 2's original price of £120, we praised its transparency and rhythmic ability as well as its practical design and feature set.

Bluetooth (with one-touch NFC compatibility) takes care of wireless connectivity, although a 3.5mm input – alongside a microUSB charging port on the bottom of the speaker, now covered by flaps – provides an alternative for hardwiring your smartphone or tablet. (It's worth noting that its successor, the Boom 3, does away with the 3.5mm input.)

There’s a claimed 15-hour battery life (from a 2.5 hour charge), a built-in mic to allow it to be used as a speakerphone, 360-degree sound, and a waterproof (to IPX 7 standards), rugged exterior.

Available in Phantom Black (all black), Cherrybomb (red) and black/yellow finishes, the Boom 2 is currently available for £59.99 from Amazon and John Lewis.

Boxing Day sales: Save even more on these five-star Q Acoustics speakers

Save £55 on a five-star Audio Technica AT-LP3 turntable