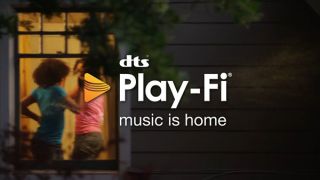 What’s the first thing you think of when someone says the word ‘multi-room’?

For most, we imagine it's a dedicated set-up from a single manufacturer such as Sonos, with its interlinking speakers, soundbars, soundbases and hi-fi components. Bluesound, too, is an alternative we often recommend.

But what if you want to mix and match from multiple manufacturers, cherry-picking devices in order to get the best performance and fit for each room? DTS Play-Fi, a wireless platform licensed to hi-fi brands, could be an option worth looking into. It's the software the five-star Arcam rPlay streamer is based on, after all.

It claims to provide “premium wireless audio for every room of your house”, and works across a wide array of products. Let’s take a look...

MORE: Multi-room audio: everything you need to know

DTS Play-Fi is, at the most fundamental level, is a platform and app that lets you connect and control various hi-fi devices together in order to stream audio from one to another. This can be within one room for a multi-channel set-up, or across multiple rooms in your home.

The range of compatible devices includes portable wireless speakers, stereo systems, A/V tuners, preamps, amplifiers, streamers, and media servers – all of which can be managed on your smartphone, tablet or PC via the app.

DTS Play-Fi launched in 2012, and originally was available only on Android. But now its dedicated control app is available on iOS, Kindle Fire (the operating system on Amazon’s Fire tablets) and Windows PCs too.

On Windows, however, there are two varieties of Play-Fi app: a free version, and a “Play-Fi HD” version. The latter costs $14.95 (approximately £10), which buys you a code for from the DTS online store and ultimately gives you greater control over your audio. You can sync the sound from a video you’re watching on your PC to your hi-fi system, for example, or choose individual soundtracks to stream to your hi-fi while alternative audio plays from your computer’s speakers.

How does it work?

Download the app and you should quickly see a list of available devices. Tap to select it, then choose audio from a number of sources including Amazon Music, Tidal, Deezer, Spotify (through Spotify Connect) and Qobuz, as well as internet radio stations via iHeartRadio and SirusXM.

Some DTS Play-Fi compatible products will also support AirPlay and AirPlay 2, Apple’s simple method of streaming audio and video directly from iPhones, iPads and other devices. However, this is an optional feature that isn’t available in every DTS Play-Fi product. Similarly, Apple Music is not available on the service at the moment.

You can configure two separate speakers into a stereo pairing – one playing the left channel audio, the other playing the right – using the app, or (if you have at least six DTS Play-Fi compatible products) create a 5.1 surround-sound system.

Those speaker groups can then be designated as ‘Zones’, which allows you to delegate music to different rooms of your house. For example, you could have a Tidal Masters stream going to the speakers in your living room while a Deezer stream plays in the bedroom.

A new companion app, called DTS Play-Fi Headphones, also lets you stream audio from select DTS Play-Fi-connected products (soundbars, stereo amps and speakers) to a pair of headphones over wi-fi. DTS claims the wi-fi connection is better than Bluetooth headphones (which can introduce latency issues) and its AV synchronisation technology means there shouldn't be any syncing issues between picture and audio when watching TV.

To use it, you have to connect your wired headphones to your smartphone or tablet with the app on it, up to four people can be connected to one stream, and users can even listen at different volumes. The free app is available on iOS now, Android in July.

Can you play hi-res music?

DTS Play-Fi will play MP3, M4A, AAC, FLAC, WAV, and AIFF files. They can be streamed up to a 16bit/48kHz resolution limit without compression – anything bigger will be compressed by default.

However, this can be changed using the service’s Critical Listening mode, which lets you stream 24bit/192kHz music across your wi-fi network. A word of warning though: since those files are generally pretty large (many of our hi-res music files are between 30MB and 70MB per track, compared to 3.5MB for the average MP3 file), DTS advises using a wired connection for more reliable performance.

Anthem’s receivers and processors, as well as Arcam’s rPlay streamer, use Play-Fi, while on the portable side a smattering of Acer’s smartphones and HP’s tablets are compatible.

How many products can you connect using DTS Play-Fi?

In the words of The Notorious B.I.G., the sky’s the limit. You could theoretically connect as many products as you like together, but DTS recommends a maximum of 32 Play-Fi devices per home network, lest performance start to suffer.

Up to 16 Play-Fi products can stream the same song, whether that’s from your phone, tablet, or Windows PC. You can designate a maximum of four zones, with each zone streaming audio from a different source.

Up to eight people can use the same wi-fi network to stream songs using DTS Play-Fi (provided they’re all using different devices).

What about voice control?

DTS Play-Fi also supports voice control most exhaustively via Amazon’s Alexa voice assistant. This functionality is available in two ways: “integration of Alexa Voice Services” (which is for products with the Alexa voice assistant built-in) or “Works with Alexa” (which means you’ll be able to control Alexa-based music streams on DTS Play-Fi products via an Echo device).

Play-Fi-connected smart speakers such as the Onkyo P3, Pioneer F4 and Phorus PS10 have integrated Alexa, so you can shout commands at it just as you would Amazon's own Echo speakers.

To use Alexa with other Play-Fi products (such as those from McIntosh or Martin Logan – basically anything without microphones built in) you'll need to ask any of the above smart speakers or an Echo or Dot to play music, which it will then do across the rest of your Play-Fi products.

How about Apple's Siri voice assistant? Music playback on Play-Fi products that support AirPlay 2 can be started via voice commands to Siri or to a HomePod. Alternatively, users can use spoken commands to add AirPlay 2 speakers into a group with a HomePod or even transfer music playback from the HomePod to other AirPlay 2 products in the home.

MORE: Amazon Echo multi-room: all the details on the Alexa devices

What are the advantages?

The main advantage of DTS Play-Fi is its versatility. Being able to connect products from multiple manufacturers means you’re not locked into any particular walled garden.

Moreover, because it works with more expensive equipment, which generally speaking provides superior sound quality, using DTS Play-Fi to link them together should result in better sound than more affordable one-brand alternatives.

What are the disadvantages?

While DTS Play-Fi works with multiple products, it is not guaranteed all of those products will enjoy the same functionality. Within the platform’s own apps, only iOS and Android provide hi-res capabilities - the PC app is currently limited to CD-quality output.

Similarly, many products that utilise DTS Play-Fi – including the McIntosh RS100 and the Arcam rPlay – lack support for Bluetooth. As the most popular way of streaming music (and a protocol that may one day provide proper competition in the multi-room world), this is a notable omission and one that could be crucial for many users.

What are the alternatives?

Many other companies offer their own services to connect up audio kit – controlled through bespoke apps. Sonos is the obvious standout in that respect – its multi-room speakers routinely win What Hi-Fi? Awards for ease of use and excellent support of numerous streaming services.

Products from Naim (Uniti and Mu-so 2), Audio Pro, B&O, Bluesound, Bose, and Denon’s HEOS range and AV receivers all have their own varieties of multi-room application too. Pioneer and Onkyo AV amps use their own platform too.

Each has features that set them apart – Sonos, for example, uses your smartphone to tune the speakers specifically to your room – as well as their own unique designs. Which one you prefer is ultimately down to personal taste.

More recently, Apple's AirPlay 2 has been integrated across a variety (if not most) wireless products, allowing you to mix-and-match products in your streaming household. Your source will always have to be an Apple iPhone or iPad (Androids don't support AirPlay), but it's a neat alternative to a one-brand multi-room system.