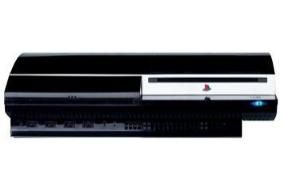 It will be bundled with Uncharted: Drake's Fortune, and sell for 449 Euros (£355) in Europe and $500 in the US. No direct UK prices have yet been announced, and it could be higher than the figure we've given here.

In the US, the 160GB model will come with a voucher for the PlayStation network game Pain; European buyers will instead receiver vouchers worth around 70 Euros (£55) for downloadable content.

"Consumers are utilising PS3 as an entertainment hub for their digital media, placing content such as their entire music collection on the hard drive," says Jack Tretton, the man in charge of Sony's US games division.

The limited edition PS3 was unveiled at the Leipzig games conference, along with a wireless keypad that works with existing PS3 controllers and can be used for touch typing.

Sony is also introducing an upgraded version of the PlayStation Portable, the PSP3000, with a higher contrast ratio on the screen and a built-in microphone for use with the built-in Skype functionality. The PS3000 goes on sale from October 15th for 199 Euros (£160).