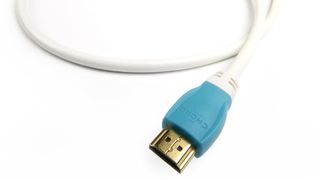 Most people probably don’t give much thought to their HDMI cables. “If it ain’t broke, don’t fix it”, as the old adage goes. Your current cables, connecting your Blu-ray player to your television, projector or soundbar work perfectly well, and that’s all that matters, right?

But the HDMI Forum – the organisation that manages updates and information about cables – is already looking towards the future, with HDMI 2.1. This new standard has increased bandwidth, supports higher frame rates, and can carry not just 4K but up to 10K video from your source to your screen.

So, while you won’t have to rip out your cables and rush down the shops for replacements just yet, you should be aware of what the future of television might well look like…

That high frame rate is routinely utilised by 4K video games that need to track lots of different objects like whizzing bullets or speedy enemies - most films are made in 24fps, and television programmes are 25fps (or 30fps if the show is made in the USA).

A few years later a small update, HDMI 2.0a, made the link between televisions and players capable of carrying HDR (High Dynamic Range) information as well, with HDMI 2.0b coming soon afterwards with support for HLG (Hybrid Log Gamma). Until now, that’s been the top standard for most consumers.

Essentially, HDMI 2.1 has the capability to double-down on what HDMI 2.0a can manage. 2.1-standard cables will be able to easily outstrip the 4K limit, sending a maximum of 10K content at 120fps down the pipe.

All those extra pixels – six times that of standard 4K video – require greater bandwidth to send the information across. HDMI 2.1 cables are up to the task, with an upper limit of 48Gbps (Gigabits per second) rather than 18Gbps.

HDMI 2.1 supports Dynamic HDR at 4K/120fps and 8K/60fps. This allows the television to adjust its picture based on frame-by-frame information in the manner Dolby Vision and HDR10+ operate. Since a dark landscape might have different contrast requirements to that of a brighter scene, the ability to make instant adjustments should mean your movies and TV shows look their best.

The new standard has a few more improvements, too - it should, for instance, reduce the amount of time it takes to go from blank screen to content.

Finally, HDMI 2.1 also support eARC – an update to the ARC (Audio Return Channel) connection which will let you send DTS:X and Dolby Atmos soundtracks from your TV to your audio system, helping you get greater (and more convenient) audio excitement from compatible movies and shows.

Do I have to buy a new television?

It depends on what you’re looking to use HDMI 2.1 for. With regards to eARC, a product doesn't need HDMI 2.1 sockets to support some of its features. It depends on the product and if it's using compatible hardware that can accept the necessary firmware update.

Likewise, it’s possible Dynamic HDR will be available via a firmware update, but it looks like it's down to the manufacturers to carry it out. The only TVs that claim to support HDMI 2.1 are LG's premium 2019 4K OLED TVs and its premium 4K NanoCell LCD TVs.

When we've reviewed Samsung's 8K TVs in October 2018 and January 2019 they didn't have HDMI 2.1 inputs - Samsung claimed it would swap out their OneConnect boxes for ones with HDMI 2.1specification HDMIs when available.

In reality, the market is only just getting used to 4K, so we wouldn't be put off buying a new TV now because of what might arrive further down the line. And, with HDMI 2.1 you're really left at the mercy of the manufacturers over which features of the standard they will actually support.

MORE: HDMI ARC and HDMI eARC - everything you need to know

Do I have to buy new cables?

Yes you will, although not yet. You should wait for the relevant hardware and software to become available before the need to join it together becomes an issue. Beware that any cables currently on the market that claim 48GB capabilities have not yet been compliance tested.

The Ultra High Speed HDMI cable – currently in prototype, uncertified stage – will have the capacity to carry the 48GB bandwidth for uncompressed HDMI 2.1 feature support.

It's looking likely that the cables will be optical rather than copper wire, too. At CES, Silicon Line, who designed Samsung's ultra-thin 'One Invisible' cable, discussed its development of an optical cable to carry the bandwidth, with its newly-designed chip allowing for a cable thickness of only 3mm, and an end price in-line with that of traditional wires.

We spied a prototype, which was being demonstrated to carry an 8K signal between a source and 8K TV, and with practicalities in mind, it did seem more appealing than the chunky copper wires also on display at HDMI's show booth.

We'll have to wait to see what prevails, but it does look likely that optical is the most feasible option.

Naturally, the forthcoming 2.1-compliant cables will be backwards compatible with previous versions of the HDMI specification, so you won't need to ever unplug and plug cables depending on the source and content used (can you imagine?!)

MORE: 8K - everything you need to know

When can we expect to see these updates?

At CES 2019, a HDMI Forum spokesperson told What Hi-Fi? that the organisation was "close" to completing the full certification (apparently over 1500 pages long!) for HDMI 2.1. "It's not years away!", they said.

As for the hardware, while 8K TVs have been previewed at industry shows for over a year, only now are we starting to see pledged support for HDMI 2.1 in home cinema kit.

At CES, some TV brands confirmed its 2019 sets would be HDMI 2.1 compatible.

HDMI 2.1 support features across all LG’s 2019 premium OLED models (there's four of them on the LG OLED65C9 4K OLED) and some of its NanoCell LCD TVs.

Samsung's current Q900R 8K TVs (such as the QE85Q900R and QE65Q9FN) don't have HDMI 2.1 inputs, but Samsung says they will when the standard is officially certified. As their HDMI inputs are housed in a separate One Connect Box, Samsung plans to simply swap it out for a HDMI 2.1-compliant version for free.

Sony says the HDMI inputs on its KD-85ZG9 8K TV meet HDMI 2.1 spec but might require a software update. It's a similar case for Sony's latest 4K AG9/A9G range, including the KD-65AG9.

As everything in the video chain will need to be on the HDMI 2.1 bandwagon for the end user to benefit from its features, we're yet to see any major announcements in terms of compatible AV receivers. Some manufacturers such as Denon are promising upgrades to compatible products, including the premium AVC-X8500H, but many manufacturers have been keeping their cards close to their chest.

We have, however reviewed Sennheiser's high-end Ambeo Soundbar, which supports Dolby Atmos, DTS:X and does comes with a HDMI 2.1 socket.

We'll be keeping our eyes and ears peeled for more HDMI 2.1 news in the coming weeks and months.