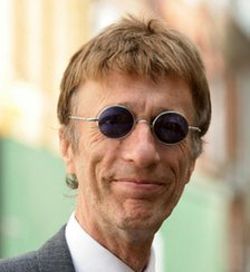 The British-born singer's musical career began when he formed the Bee Gees with his brothers Barry and Maurice in 1958.

The group are among the biggest-selling of all time with hits spanning five decades, including Stayin' Alive, How Deep Is Your Love, Massachusetts and Night Fever.

Gibb's family said in a statement: "The family of Robin Gibb, of the Bee Gees, announce with great sadness that Robin passed away today following his long battle with cancer and intestinal surgery.

"The family have asked that their privacy is respected at this very difficult time."