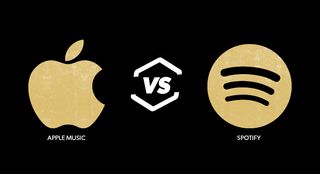 The way we consume music has evolved somewhat in the past 50 years.

One of the biggest changes in the past few years is the shift from ownership of physical and digital music to streaming – playing songs in real time from a library in the ether.

Streaming has in some ways provided a huge boost to the music industry, offsetting the decline in sales of physical formats and reshaping the way music is packaged, distributed and consumed.

It is the industry’s fastest-growing revenue source, with an estimated 68m people worldwide paying for a music subscription service – up from 41m in 2014 and 8m in 2010.

Tidal vs Spotify: which is better?

There are plenty of streaming services vying for attention: Deezer, Napster, Google Play Music and YouTube Red (not yet available in the UK).

Tidal, with its CD-quality lossless streaming, has made ripping CDs a thing of the past, while Qobuz’s Sublime offers a hi-res download store. Amazon and Soundcloud are both due to launch streaming services too.

But the biggest two by far are Spotify and Apple Music. Since 2008, Spotify has been at the forefront of streaming.

One of the longest-running, and most subscribed-to services, its dominance has seen many rivals fall by the wayside. But Spotify arguably faces its biggest threat yet from Apple Music (Beats Music until Apple acquired it in 2014).

Here, we compare the two giants to see which most deserves your money.

If you don’t have the cash to spend on streaming, then Spotify should be your go-to service.

Staying true to its “music for everyone” ethos, it is one of the few to offer a free (ad-supported) subscription tier alongside its premium service.

The desktop version is pretty unrestricted in terms of search and stream options, but on a mobile device, users can only shuffle artists or playlists, with song-skipping limited to six times per hour.

Of course, there are adverts too, and the data rate is capped at 160kbps.

The majority of Spotify’s 100 million active users settle for the free tier but, as the 40m who subscribe to the £10 per month Premium service can vouch for, there’s plenty of reason to pay out: 320kbps streams, offline listening, Spotify Connect support, search and skip tracks on mobile devices, and no adverts.

Apple Music doesn’t have a free tier, although there is a three-month free trial and you don’t need to be a member to listen to Beats 1 radio – one of the service’s most celebrated features.

For online and offline streaming and access to more radio stations, the monthly fee is also £10.

Apple Music may have arrived late to the party, but it did so with a huge fanfare. While it may currently have less than half the number of paying subscribers as Spotify (17m), the fact it’s skyrocketed to that in just under two years is staggering.

Now that Spotify has revised the initial monthly £30 cost of its Family Plan, both services now offer £15 family membership covering up to six users.

It’s a pretty even match when it comes to catalogue size and platform support.

While Apple Music naturally takes advantage of the iTunes Library, with over 40m tracks, the figure for the streaming service is officially ‘over 30m’.

Spotify also claims to have a catalogue of more than 30 million songs, which equates to around 230 years of listening. And that’s growing – not just in numbers, but in the type of content.

Battling to be at the forefront of innovation, Spotify and Apple Music have both included user-uploaded remixes in their catalogues, thanks to partnerships with digital distributor Dubset. But streaming services aren’t quite the global jukebox they could be.

While some anti-streaming artists, including Adele and Prince, have deliberately restricted their work, Spotify has come into conflict with artists over both royalties and the existence of its free tier.

As a result, Taylor Swift very publicly pulled her catalogue from Spotify.

Jay-Z’s involvement in Tidal has seen some of his albums, including The Blueprint, appear exclusively there. Apple also cut exclusive deals, with Dr Dre’s Compton album on Apple Music only.

Time will tell whether Apple Music’s artist-exclusives will hurt Spotify in the long run, but Spotify is rumoured to be considering keeping some music off its free tier to get more artists on board.

Both services are available on a number of platforms: there’s desktop support for PC and Mac (Spotify has a web player too), and Android and iOS apps.

Spotify also has the benefit of Connect, which lets premium subscribers stream directly to speakers, TVs or systems.

It’s become a function of many hi-fi and AV products – from Sonos speakers to Onkyo and Yamaha home cinema amps – and is a big pull for those interested in bringing streaming into their existing system.

Both Spotify and Apple Music offer similarly clean, simple and intuitive layouts. That wasn’t always the case, though. When Apple Music first launched, we found its busy interface a bit clunky to use.

But the recent iOS 10 update has stripped it back, with cleaner typography and graphics. Features and options are hidden away behind icons and collapsible tabs, and the layout is easier to navigate.

The rule of thumb for using Apple Music: click everything. Tapping the ellipsis that sit next to almost everything opens options such as: play next, add to library, add to a playlist, share (to any social media), lyrics and download.

Everything is neatly contained within five sections: Library, For You, Browse, Radio and Search/store. Sub-sections for New Music and Curated Playlists are clearly labelled within the Browse section.

The Library is where all your music lives. This includes files stored on your smartphone, CD-ripped WAVs, your own playlists and any music you’ve saved and downloaded while streaming or listening to radio in Apple Music.

Thanks to its compatibility with iCloud sharing, you’ll also be able to see all the music stored on your iTunes account.

Spotify does allow you to bring your local files into its interface too, but it’s not as well integrated. If you want all your music in one place, Apple Music does it better.

Spotify’s iconic green-tinted silver-on-grey interface has long been the ideal template with its logical and accessible sidebar menu layout, and its consistent focus on content over the years has made it all the more practical.

The Browse (or ‘home’) page throws up context-based playlists, constantly updated UK and global charts, and new releases for your attention, as well as content sorted by genre and based on tracks you’ve previously listened to.

A new ‘Concert’ tab that flags up gigs based on your music tastes and location, as well as ones that are ‘popular near you’, is a nice addition for music-lovers too.

For those who like to explore new bands, both Spotify and Apple Music encourage the pioneer in you.

When you register for Apple Music, tapping on floating red circles highlighting different genres of music and artists gives an indication of your initial preferences.

Hitting ‘Love’ or ‘Dislike’ on songs updates this and we are certainly impressed by Apple’s curation, and by how on-point the playlists are.

By attributing a great deal of focus on music discovery through personalised algorithmic playlists, Spotify has managed to take this a step further.

One of its most popular features is Discover Weekly, which uses Spotify’s ‘deep learning’ system to generate a playlist of 30 songs every Monday that are relevant to your listening habits.

There’s also more concentration on discovering new music. Complementing Discover Weekly is Release Radar, a two-hour playlist of brand-new music sent out every Friday, so that you never miss the latest tracks from your favourite artists.

It even includes new remixes of songs from artists you like or have recently listened to.

And in case you need even more songs to soundtrack your weekend, there’s now a New Music Friday UK playlist that ties in with the official UK chart. Rinsed them by Wednesday?

That’s where the new mobile-only Daily Mix, which consists of five genre-specific playlists, comes in. The more you listen the more they evolve… we think this could be one of Spotify’s best playlists yet.

Available on the Android and iOS apps under the Browse section, it features a diverse range of clips, from snippets of popular TV programmes to Spotify’s original content.

So far, the latter includes a handful of mini-series – one titled Landmark is a short documentary about important moments in music history, and the most recent is Flash Frame, a celebration of musicians’ career milestones.

It won’t be challenging YouTube just yet, but we’re keen to see how it develops. Apple Music hits back with a more attractive and comprehensive radio offering.

Unlike Spotify’s algorithmic radio, which curates songs around a particular artist (and very much feels like a sideline feature) Apple Music can shout much louder about its live 24/7 global ‘youth-orientated’ station, Beats 1.

Fronted by DJs such as Zane Lowe and featuring a host of celebrity guest slots (from the likes of Dr Dre, Pharrell Williams and Elton John), Beats 1 is something that no other streaming service has – and ultimately one Spotify has to take on the chin.

It’s not miles ahead, though. Spotify still offers decent detail levels and a tonally balanced presentation that’s refined and easy on the ears – it’s just not quite as engaging.

Ultimately though, we’re still waiting for Spotify and Apple Music to adopt a lossless sound quality option, such as Tidal’s. This seems the next logical barrier to push for both services.

Calls don’t get much tougher than this. Apple Music sounds slightly better and is probably the pick for those who value Beats 1 radio and like having all their music in one place – and can’t live without streaming Taylor Swift.

But Spotify is undoubtedly the choice for those who value discovering music most, and the clear winner for those not wanting to splash out. Spotify Connect is a big draw too.

So, while Apple Music is an undeniable threat with the definite potential to leapfrog Spotify in the future, the Swedish service still remains the one to beat for now.

MORE: Apple AirPlay 2 - everything you need to know