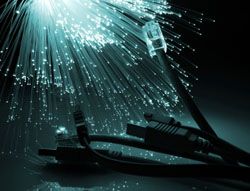 Belfast, Birmingham, Bradford, Bristol, Cardiff, Edinburgh, Leeds, London, Manchester and Newcastle have been chosen as the 10 hubs for broadband investment.

As part of a £100 million investment, "ultrafast broadband" will be made available to 1.7 million households and 200,000 businesses.

Sadly, the actual speeds associated with these terms isn't made clear, though the likes of Virgin's highest-speed fibre optic network of 100Mbit/s, already available in some areas, will surely be a benchmark.

The Government will also provide an additional £50 million to fund a second wave of ten smaller super-connected cities.

Also promisedis an extension to mobile coverage to 60,000 rural homes and along at least ten key roads by 2015.

The Government also plans to consider whether "direct intervention is required to improve mobile coverage for rail passengers".