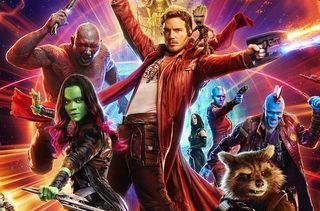 There will also be 3D support, for those that want extra dimensionality from the film.

Hopefully, this should pave the way for other 4K Blu-ray releases, including Star Wars and Pirates of the Caribbean 5.

This crisp bag plays Guardians of the Galaxy Vol. 2 soundtrack

Watch trailers for the biggest new films coming out in 2017