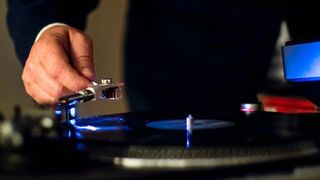 There are a lot of falsehoods bandied around regarding the behavioural particulars of hi-fi devotees and audiophiles, from only playing vinyl, to demanding gold-plated cables, and only listening to Pink Floyd. And yet some of the more fantastical theories you may have heard relating to improving the sound of your system... might just work.

Yes, we're opening the can of worms that is hi-fi myths, legends, tips and tricks, and putting a What Hi-Fi? approved tick next to some suggestions which you might have never heard or simply never believed. Trust us, listening at night really can make your music sound better.

After all, bringing music into our homes is utterly magical. We're hard-pressed to think of a single life event that wasn't rendered unique by the sounds that accompanied it. But our senses are clearly capable both of facilitating a huge wealth of emotion and outright deceiving us. It stands to reason, therefore, that the towering tales surrounding hi-fi grow taller with every spin of a 180 gram vinyl record.

So, of all the hi-fi yarns you might have been spun over the years, which should you actually believe? Read on for our take on some popular classics, and be sure to give them a try and see if you can hear the difference. After all, it's what you hear that really matters.

Running in is hi-fi 101. It's not just something we do to pass the time when reviewing products – we do it because it genuinely makes a difference. All hi-fi equipment, whether it be headphones, Bluetooth speakers, CD players, amplifiers, turntables or other components needs to be run in. Sound changes over time as the components bed in and the drivers and crossover become accustomed to their operating parameters. Usually, around 48 hours of continuous play will do the trick but it can take days (or longer) depending on the product. It's not an exact science. We've often changed our opinion on a product after letting it run in thoroughly over the weekend before commencing our testing proper. Trust us, don't judge a box-cold product.

2. Turning off the display for better sound

OK, stay with us, we're only on point two. Turn your mind to your hi-fi system and you're probably thinking of at least one glorious box (or collection of boxes) featuring flashy, digital displays. Audio firms have gone to great lengths to include anything from colour-changing OLED to mini-LED displays in their new masterpieces. Then, they've boiled it all down to sit within a palatable price point. And now we're telling you to switch that entire display off?

Strange as it may seem, it's not unusual for products to sound better with their displays turned off. Why? Because those flashy displays bring with them electrical noise. We know you've paid for that display – but you've also invested in the sound quality your system is capable of producing.

On a related note, perhaps even less obvious is the effect of switching off the digital outputs. It's not a typically common feature – Marantz’s excellent CD6006 UK Edition offers this function – but it can give a small but notable improvement in clarity and dynamics. You’ll only notice this if the rest of your system is transparent enough, but take it from us, it's a hack that does work given the right set up.

3. Listening in the dark

There's a reason companies like Pitchblack Playback hold events where people listen to music in the dark. Listening in complete darkness (even blindfolded, if you're into it) allows you to focus fully on the experience, gleaning more sonic detail than you would otherwise.

Don't believe us? Well, let's bring in chief scientist for Dolby Laboratories, Dr. Poppy Crum, who told the BBC in 2008: "It’s hugely impactful. There are some subtleties you can only hear when you take away another sense. The trouble is our brains are just too good, and so with sight and our other faculties in play, we’re not hearing a pure sound, but [instead] what our brains think we should be hearing after subconsciously making sense of everything else around us."

Before you knock it, go home tonight, throw on a well-known album, close your eyes, turn off all the lights and just listen.

Have you ever remarked to yourself that during the witching hour (or even later into the night) your hi-fi system sounds really good? And have you noticed that it just doesn't sound anywhere near as glorious in the late afternoon? That difference you're hearing is not just the result of that glass of wine you've had, it's actually your mains supply being less polluted. The more products that are in use, the more noise is added to the mains, and you can hear this in the degradation of sound quality from your system.

Is there a way to get that witching hour sound from your system regardless of the time of day? Well, you could try a mains conditioner to purify the power feed or at least go around the house and turn off everything connected to mains that is not in use. A dedicated feed from your fusebox, just for your hi-fi and not shared with any other items, is a good thing to do regardless. And yes, you probably need a pretty serious system to really hear this – but rest assured, there is some science behind this rumour.

5. Squash balls under your separates

You've probably heard this one before (or at least read about it in hi-fi forums) – and it's true. Even better than halved (or complete) squash balls, however, is a partially-inflated bicycle inner tube. But let's not get ahead of ourselves.

The main point here is that in order to minimise the amount of vibration your system has to cope with, you should make sure you install your components on a proper support. Ideally, this would be in the form of an equipment rack. The ideal support is perfectly level, low-resonance and placed as far away from sources of vibration as possible.

The subsidiary point is that while CD players (for instance) don't show up the effects of vibrations as obviously as, say, turntables, simple things like heavy footfall, cars whizzing by your home, planes overhead or even the sound from your speakers – especially at loud volumes – can make data-reading mechanisms work harder, which can affect the sound you get from your system.

A cheap experiment is to see if you can absorb such vibrations by putting a partially-inflated bicycle inner tube under your player and amp, and then listen for any difference. The trick here is to keep the tube as soft as possible while still lifting the product’s feet off the support surface.

It may be a bit awkward to get it level, but if you hear improvements then you know it's a course worth taking. If you don’t, hopefully you had a bit of fun in the process. (As long as no one was watching.)

6. Keeping cables off the floor

We're not suggesting an elaborate, Dr. Seuss-style setup involving a Cat in a Hat running from room to room holding your cables aloft. But when you think about how cables can transmit vibrations into your electronics, it makes sense to keep them up away from sources of vibration, particularly the floor when it comes to speaker cables. And that's why you may have seen such contraptions at hi-fi events, such as the Bristol Show.

Not convinced? Consider this: companies like Naim are incorporating looser power connectors in all of their standalone hi-fi components for this exact reason. These are designed to minimise unwanted vibrations before they get in to the product and cause mischief. Next time you head to your dealership and plug in some pricey hi-fi kit, when the power socket on the unit feels a little loose, it's not because it's shoddily made.

Obviously, as well as keeping your cables off the floor, making sure they aren't all tangled up in knots should keep their performance (and overall condition) in the best possible nick.

When it comes to cables, there are those who believe anything will do the job and that spending extra cash on speaker cables and/or interconnects is a waste. All we can tell you is that the differences in performance between certain cables are clear to our ears.

Just about every piece of hi-fi kit you buy will come with cables in the box. It's best to consider these hook-ups as no more than a 'get started' measure. Even budget components will sound better with some better interconnects, so it's a good idea to arrange a demo and budget some more expensive options, in line with the cost of your system.

That isn’t to say that throwing more money at the issue means you’ll necessarily get a better sound – those gains will again be dependent on the capabilities of the rest of your kit. But the relationship between the various elements of your system can be as much to do with what’s connecting them as the aptitude of each component.

If it's a CD player you're looking to improve, you'll find extra information on DAC integration, standard phono sockets versus balanced XLRs and more, in our How to get the best sound from your CD player feature.

As always, hearing is believing – if you don't hear a difference with more expensive cables, then save your money and move on.

To cut a long, equation-laden story short, AV amplifiers are rarely tested within the same, strict parameters as hi-fi stereo amplifiers when it comes to power output.

When AV companies list these figures, they sometimes do a few things to massage the numbers. Often, for example, you'll see that a product is partnered with a 4Ω or 6Ω load for the quoted power figure rather than the standard 8Ω. This will actually allow for a higher, healthier power output measurement. (We won't bore you with the calculations, but it's true.)

Also, manufacturers will rarely give a power figure for all channels driven simultaneously. If this were done the power figure would be way less impressive, as any limitations of the amplifier's power supply would be revealed.

The AV world is far less stringent on acceptable distortion limits during testing too, often allowing up to 1 per cent distortion (versus 0.01 per cent in the world of hi-fi) to permit a meatier, more desirable power output figure.

Ultimately, don't put too much weight on those figures.

9. Playing CDs from the beginning

So, how come a CD sounds better if you stop it and then press play, rather than playing it from pause? Because, dear readers, we can assure you they do.

We haven't heard a definitive explanation. Nevertheless, in our experience doing things this way just sounds that bit better.

Try it out for yourself with a favourite album on CD. You'll soon see that we're not crazy. We just love bicycle inner tubes, little stands for our cables, pitch black rooms and very, very late nights...

And, it bears repeating: what matters is what you hear, so if you can't hear the difference, save yourself a whole load of trouble and money. But if you do find yourself with some tinkering time, why not give the above a try.