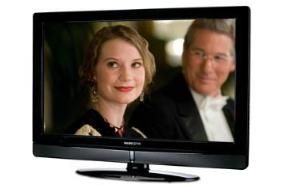 The SV Series looks set to major on style, as Hannspree often does, with 'ultra slim' chassis alongside all the prerequisite technology.

Talking of which, you have X-Contrast technology, claiming to boost contrast levels, and Vivid Motion 100Hz, taking care of that fast motion.

There will also be new additions to its 'novelty product lines', which in the past have included TVs disguised as footballs... Say no more.

The IFA 2010 show runs from the 3rd to the 8th of September and we'll be there in force to bring you all the news live and direct at whathifi.com.