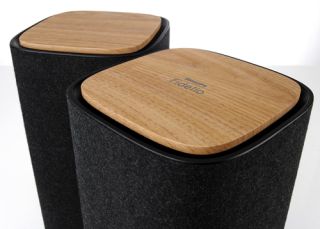 Nashville-based Gibson Brands has continued its expansion into the audio and home entertainment sector after completing the acquisition of Woox Innovations from Dutch firm Royal Philips.

The deal is thought to be worth $135m (£79m) and sees Woox Innovation become the latest brand to join Gibson's AV portfolio, following in the footsteps of TEAC, TASCAM and more.

News of the acquisition first emerged in April, with Gibson also expected to pay a brand licence fee to Philips for an initial seven years. Philips-branded products will continue to be available.

It's anticipated the deal will open up the US and Japanese markets to Philips-branded products, while capitalising on Woox Innovations' market presence in other markets – including Europe.

Gibson Brands chairman and CEO Henry Juszkiewicz said: "With this transaction we are significantly growing our global reach, increasing our scale and expanding our business creation capabilities.

"We continue on our growth trajectory, driven by our passion to provide the most exceptional consumer audio products and experiences in the world."

Woox Innovations CEO Wiebo Vaartjes added: "As a Gibson Brands company, we are setting a course for an exciting future as part of a team that has music and sound in its DNA."

The Woox business was launched by Philips' AV arm as a standalone subsidiary in late 2013 after a deal to sell it to Funai collapsed. It employs 1,900 people and is based in Hong Kong.