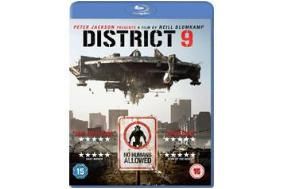 The allegorical story of aliens stranded in South Africa received critical acclaim when it was released in the cinema.

Bonus materials on the Blu-ray and DVD discs include a commentary with Director/Co-Writer Neill Blomkamp, deleted scenes and a three-part documentary The Alien Agenda: A Filmmaker's Log.

In addition, the Blu-ray release includes four featurettes, an interactive map of the world of District 9 and an exclusive movieIQ which allows users to access continuously updated information about the film, cast and crew via BD-Live.