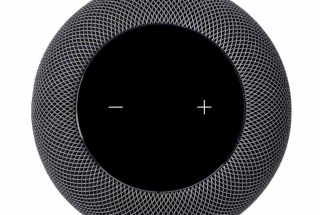 Apple’s HomePod has only been out a few months, but if reports from Taiwan's Economic Daily News and Japanese blog Mac Otakara (via MacRumours) are to be believed, a second device could be about to arrive.

Rumours suggest that cheaper versions of an iPad, iPhone and MacBook Air are on the way, and that a smaller, more affordable version of the HomePod – unofficially dubbed the HomePod Mini – “is forecast to launch in the second half of 2018". It estimates that it could be priced between $150-$200 (£100-£150).

Even more interesting is the potential association with Apple's Beats by Dre brand. Asian website Sina has reported that Apple’s ‘low-priced version of its HomePod smart speaker’ will be attached to the Beats brand, which Apple acquired in 2014. Any forthcoming Beats smart speaker would sit alongside the Pill in the brand's wireless speaker line-up.

We would take the rumoured prices and timelines with a pinch of salt, Apple was anything but punctual with its long-delayed HomePod.

Though currently the best-sounding smart speaker on the market, the HomePod (£320) is considerably more expensive than Amazon’s Echo 2 (£90) and Google’s Home (£130). The news that Apple may bring its prices in line with its closest rivals would no doubt please many.

If, however, Apple's new product is to compete with the Amazon Echo Dot and Google Home Mini (both £40), we may have to reconsider the comparative value.