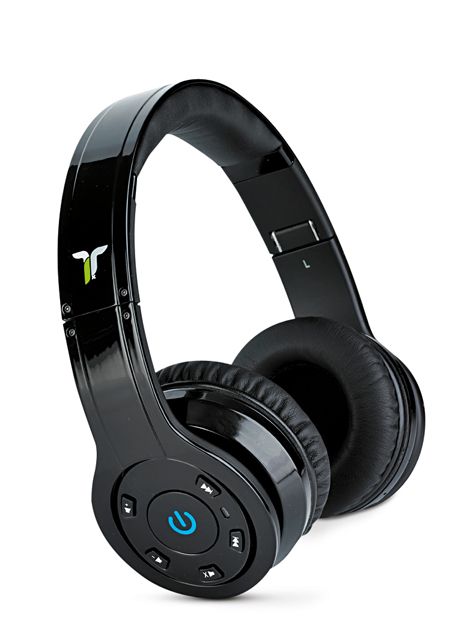 When hard-wired the iT7xes are good-but-not-great. Wirelessly, they’re fully impressive

These iT7 Audio iT7x over-ear headphones sit at the top of the fledgling iT7Audio range. Your £150 buys a sturdy plastic-and-padded-leather design that owes more than a little to the ubiquitous ‘Beats by Dre’.

They're the brainchild of former Premier League footballer Ian Taylor, who has teamed up with technology firm Bluechipworld to create the iT7 range of Bluetooth sports headphones and music systems.

iT7 AudioiT7x: Sound quality
Hard-wired to our iPod Touch and with a 1411kbps WAV file of Little Dragon’s When I Go Out playing, the iT7xes sound as their looks suggest they’ll sound: they’re punchy, up-front and attacking, with a tangible enthusiasm for the lower frequencies. Tonally they remain commendably neutral, and the soundstage is broad and explicit.

The low frequencies are absolutely as confident as they want to be, though – they’ve a definite tendency to crowd the midrange a little, as if they’d never heard it’s possible to have too much of a good thing.

They sound almost exactly the same as when they’re hard-wired, which is by no means typical of Bluetooth designs. We were able to wander a fair distance from our iPhone: the connection remained stable and the sound remained consistent.

VerdictSo while the iT7xes aren’t perfect, they are among the best-sorted wireless ’phones we’ve heard at this sort of money.