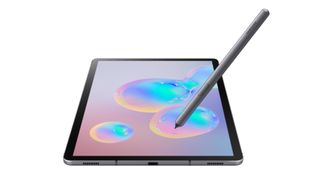 Samsung, it seems, has worked tirelessly to bring 5G from the realms of fantasy to solid, sleek reality. The South Korean company has been hard at work combining various cutting-edge tech to create the world's first 5G-ready 8K TV since September and, as of November 2019, the firm accounted for over half the global 5G smartphone market, with models such as the Galaxy Note 10+ 5G and recently launched Galaxy A90 5G taking centre stage.

Now, Samsung (based in Samsung Town, Seoul) has announced it is releasing the world's first 5G tablet, Galaxy Tab S6 5G. It will be available in Korea in the first quarter of 2020, promising ultra-fast speeds together with the power and performance features of the Galaxy Tab S6. Featuring a Super AMOLED display, multimedia capabilities and now, 5G, the Galaxy Tab S6 5G will offer high-quality video conferencing and boast a premium experience for watching live and pre-recorded video streams or online gaming.

When the world's first 5G tablet will become available for the rest of the world has yet to be announced, but it's an exciting proposition.

“For Samsung, 2020 will be the year of Galaxy 5G and we are excited to bring 5G to even more device categories and introduce people to mobile experiences they never thought possible” he said.

We'd love to think that the world's first 5G tablet will be teased at CES 2020 next week in Las Vegas, but that is something that hasn't been announced. End of March it is, then...

iPhone XR vs Galaxy S10: which is better?