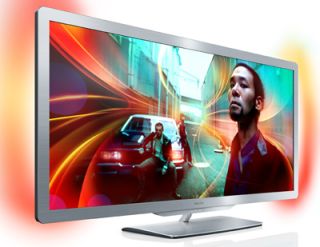 Philips has hit back at suggestions that its TV business is at an end – claims that sprang from the news that it's entering into a joint-venture agreement with a Chinese flatscreen manufacturer, as we reported earlier this week.

"The buzzword is continuity" said a spokesperson for Philips UK, "Anyone working on developing Philips TVs now will go across and work for the new joint-venture company from 2012."

So while Philips will have no longer have its own TV division, the staff and resources currently involved will be rolled into the new venture from January 2012. No redundancies are planned.

"There will be a continued UK focus and UK team for Philips TVs – it's going to be business as usual", they added.

Philips stressed that this is a joint venture with Chinese manufacturer, TPV, not – as earlier reports suggested – just a licensing agreement where only the brand name would remain the same.

"Our TV brand is way too important in the UK – and beyond – to risk compromising it in any way, " the Philips spokesperson explained. "This is simply a deal that will make us more competitive in the global TV market".

The joint-venture company will start working on products in 2012, based on research and development already underway at Philips.

The move should result in a broader range of Philips TVs, but the company's commitment to premium products and technologies – including 21:9 and Ambilight – remains strong.

Meanwhile, Philips is ramping up for the release of its 2011 ranges – as detailed in our blog from the European launch.

Prospective UK customers should find it easier to find Philips TVs this year, as a range of 2011 sets will be stocked by Currys (and Dixons online), plus John Lewis and an array of specialist retailers.

From tomorrow – April 22nd – Philips will also be offering free five-year warranties to all UK customers who buy premium Philips TVs (7000 series upwards) in an independent store. John Lewis, of course, already offers this extended cover on all TVs it sells.

We look forward to testing the new Philips range as sets appear towards the summer.