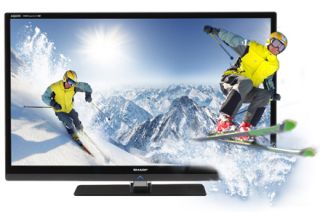 We all know that the strength of the Japanese yen is proving almost as devastating to that country's industry as the ongoing after-effects of the earthquake and tsunami it experienced almost exactly six months ago.

Products made in Japan are expensive in just about every export market, manufacturers are looking at ways of moving production and component sourcing offshore to cut costs, and some are even considering abounding part of their business they suspect will struggle to make a profit for the foreseeable future.

Meanwhile their South Korean rivals, unaffected by natural disaster and with the won much weaker on the world currency markets, are thriving at Japan's expense, from smartphones to TVs, and from tablet PCs to cars.

It's about cutting costs

So it comes as no surprise to read in The Korean Times that Korea's LG and Japan's Sharp are considering a tie-up, and it's all about cutting the cost of LCD panels for use in TVs.

Except the deal isn't quite what you'd expect.

Rather than this being Sharp – having scaled back its TV panel production in favour of more profitable smartphone and tablet displays – going to the massive LG Display for screens to fit in its TVs, the deal would actually work the other way.

Yes, it seems LG might want to buy LCD TV panels from Sharp, to fit in its TVs.

According to The Korea Times, what LG is after are large-screen LCD panels - of 60in and upwards – which Sharp has said it will continue making at its state-of-the-art Sakai plant near Osaka. A Sharp spokesman, speaking anonymously, told the paper that 'LG has been in talks with Sharp to use its LCDs for its strategic models.'

He added that 'The two companies are still talking over price,’ and that LG executives have already visited the Sharp plant, the first time the Japanese company has opened Sakai's advanced manufacturing facilities up for inspection to staff from a Korean company.

The LG executive added that 'If the deal goes through, LG TVs with Sharp’s advanced LCDs will be in the market by the first-half of next year.'

Sharp has apparently been offering panels to LG at competitive prices, aiding the Korean company's strategy of reducing its investment in LG Display, its panel-making division, and mothball any plans to build new LCD production facilities.

Given the sluggish demand for LCD TVs in both Europe and the US, which has already seen LG reducing its global sales forecast for this year by almost 25% – from 40m sets to 30.5m –, a deal between LG and Sharp would enable the Korean company to cut costs on its larger sets, and limit its spending on the production of large screens at LG Display.

However, another anonymous industry executive quoted by The Korea Times sounded a note of caution: 'The partnership with Sharp is further proof that the short-term outlook for the consumer electronics sector is bad,' he said, adding that 'Sharp wouldn’t have been considered as a parts supplier if the situation was better.'

As I was saying last week, interesting times in the TV business…