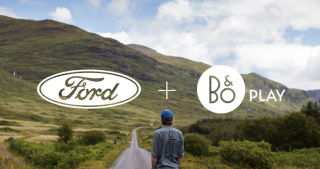 It's the first deal to be struck since Harman bought B&O's automotive business for €145 million in 2015. The deal also included additional payments for an exclusive licence for Harman to use the Bang & Olufsen and B&O Play brands.

B&O already has deals in place with a number of the industry's largest automotive manufacturers, including Audi and Mercedes-Benz, while B&O Play is more known for headphones and portable speakers like the H2 and A1. This is the first time we'll see the company's lifestyle arm make an appearance on four wheels.

"Ford and B&O Play are a perfect match among brands that stand for quality, freedom and innovative design, coming together to revolutionise the driving experience for consumers," said Michael Mauser, executive vice president and president of Harman's Lifestyle Audio Division.

Although the deal has been signed and sealed, there no word yet on which Ford vehicles will be the first to feature the B&O Play systems. We're thinking it'll be more along the lines of the Ford Fiesta than the Ford Transit.