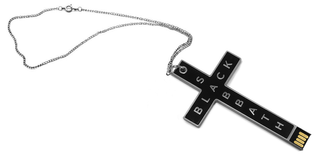 Since forming in 1968, the band made a number of multi-million selling albums and, recently, they've been pressed and packaged into ‘The Ten Year War’ – a limited edition vinyl box-set of the band's eight Ozzy-fronted albums plus two singles: the Japanese version of Evil Woman and the Chilean version of Paranoid/The Wizard.

All of these are housed in exclusive artwork by street artist, graphic designer and activist Shepard Fairey.

You also get a necklace-cum-USB stick shaped like a crucifix, containing MQA high definition audio of the first eight Black Sabbath albums.

The collection also contains a hardback book of photos of the band during their tours, recording sessions and photo-shoots, a reproduction of the 'Tenth Anniversary World Tour 1978' programme and a reprinted tour poster from the 1972 Seattle Centre Arena show.

If you want to get your hands on the collection, you can pre-order it now for £200.