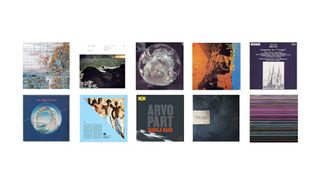 You'll likely use your headphones more than any other piece of hi-fi equipment. At any one time in the What Hi-Fi? office at least half of us are using them, and not exclusively due to our questionable personalities (though this figure will spike, depending on who's talking).

We're well aware there is personal preference in what you want from your headphones - even we aren't precious enough about hi-fi to assume the success of companies such as Beats is reliant only on good marketing. But by and large there's no reason you ought to expect a radically different performance to that of your amplifier and speakers. (We've also suggested best songs to test your speakers.)

You may already have your own playlist to test equipment before you buy it - if not, it's a worthwhile exercise - but we've put together this collection of ten tracks to help highlight what we believe to be the most important aspects of your headphones' performance. If they're found lacking in any department, you may want to consider an upgrade.

Explosions in the Sky – Wilderness

Why? Balance isn't always an easy one for headphone manufacturers to get right. Quite often we find them overloading the bottom end in an overzealous attempt to keep their product from sounding lightweight or rolling off the treble to avoid any sharpness nearer the top of the frequency range.

In order to test the overall balance, you want a track that covers as much of the frequency range as possible. You'll get that from a lot of orchestral works - but more contemporary pieces can work as well, such as this from Explosions in the Sky. There's plenty of low-end heft in Wilderness's percussive pulse, while some of those guitar harmonics will reach high into the treble frequencies.

View Explosions in the Sky at Amazon

Why? By and large, the midrange is where you'll find your vocal lines: pretty important, then. Clarity is, of course, a primary concern, as are stability and warmth. If there isn't enough midrange support from lower frequencies, vocals can sound thin and lack human quality.

Finding a track with a clear, prominent vocal line is all you need do, but it's even better if it includes such gorgeous vocal harmonies as Fool's Errand from the latest Fleet Foxes record. Robin Pecknold's voice ought to soar, flanked by those luscious harmonies without disappearing into them.

Why? We mentioned some brands' tendency to skew the balance toward the bottom end, which we understand suits a certain section of the market. But if that's what you like, it is perhaps even more important those bass frequencies are articulate and suitably agile.

It isn't enough for your headphones to make your earlobes wobble if you can't actually hear what's going on down there. A track with a moving bassline will either drive or confuse a performance, depending on the aptitude of your kit. Darkside's Paper Trails has the added benefit of testing a vocal line deep into the frequency range, which will really highlight the clarity of the bass - or lack thereof.

Pharoah Sanders – You've Got to Have Freedom

Why? Coarseness in treble frequencies is probably one of the first things you'll notice in headphones because it'll make your ears hurt. If that's happening once you've given your headphones a day or two to run in, you'll end up wanting to bin them altogether. But sometimes it can go the other way - perhaps in an attempt to rid a performance of any sharpness, manufacturers will roll the frequency range off at the top end.

Either way, you aren't getting the rich treble frequencies you and your ears deserve. This particular track from Pharoah Sanders finds his saxophone in full-on attack mode. Without making your ears bleed, it ought to sound like a mother goose being prodded with a knitting needle, and you should accept nothing less.

Havergal Brian – Symphony No1 in D Minor (The Gothic)

To test level of detail

Why? It's rare we really criticise a product for lack of detail alone, but when we hear something particularly insightful it can really make a difference. The term itself is pretty self-explanatory: it's about digging deep into what is being performed, rather than how.

Large-scale orchestral pieces, with a grand range of instruments and timbres, will highlight just how much insight is being delivered. This particular symphony, written by Havergal Brian, is a veritable behemoth, spanning the piccolo to the timpani via two harps and a children's choir. Live recordings are another decent test: hand-claps are one of the more difficult sounds to reproduce.

Why? Space may appear a peculiar concept when it comes to sounds being played directly into your ears, but a claustrophobic performance can be the enemy of deeper listening. You don't want instruments to sound detached from one another, but each line should have space to breathe.

Again, live performances are a good test as to whether your headphones are able to judge the size of an auditorium - or you can go a step further with this album closer from John Martyn. It was recorded outside, so there is no excuse for Martyn's guitar to sound at all boxed in.

Why? Anyone who was ever in a school band will know how infuriating it is to play with somebody who can't keep time – if you didn't know that, it was probably you. The same goes for hi-fi, and your headphones should be able to make sense of polyrhythm just as adeptly as they lock into a rigid 4/4.

This particular track from BadBadNotGood's album IV offers a simple, solid beat as it opens, before sprawling into a freer percussive mindset. Timing also feeds into how instruments interact, how they question each other and then answer. If the performance sounds loose, disorganised or dull, it's probably down to timing.

Why? As good as your four-year-old nephew may be at playing the recorder, you probably don't want your headphones to play like they're at a school assembly. A dearth of dynamic range will give you a flat performance, sometimes sounding almost like a rehearsal, undermining any emotion on the original recording.

Pick a piece where small- and large-scale dynamics fluctuate as they do in Arvo Pärt's Tabula Rasa and you'll hear whether your headphones are up to the job. It's often the smaller-scale dynamics that make the greatest impression: those are what will give voices their expression, which will be especially important if you use your headphones for watching films and TV as well.

Why? Getting you out the door and enthused for your run is one thing, but if you use your headphones for anything else then a little subtlety and restraint will be as important as that drive.

This Ólafur Arnalds piece, from his album Found Songs, is a lesson in refinement, with piano keys wanting to be stroked rather than hammered, violin weeping rather than in the midst of a full-on gin-sob. If your headphones can render this as well as they do Black Sabbath, it'll really pay off in the subdued moments of tracks before they end up letting fly.

To test excitement, enthusiasm and drive

Why? All of this may seem like arbitrary box-ticking if your headphones' performance doesn't make you want to move. Really, this kind of enthusiasm and drive is a combination of timing, low-end stability and a good grasp of dynamics - but we have heard products seemingly adept at each of these that ultimately fail to enthuse.

You can insert your favourite groove-laden track here, but we've opted for Lose Your Love from Joe Goddard's 2017 album Electric Lines. If your headphones are doing it right, you'll be anticipating the beat dropping, and you'll look unhinged to your co-workers as soon as it does.

The What Hi-Fi? guide to the best music to test your system