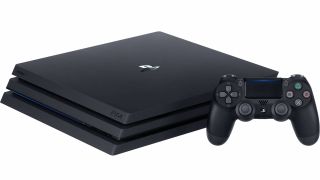 If you've been considering purchasing a PS4, perhaps as a Christmas present to yourself, you're probably thinking that Black Friday could be the perfect time to buy.

The good news is that in many ways it is, but there are caveats, so keep reading if you want to know whether you should buy one and, if so, which model you should get and how much you should pay.

Which PS4 should you buy?

At the time of writing, the price difference between the two is roughly £90 and, while that's a not an inconsiderable amount of money, we believe it's worth spending.

It's important to stress that both machines play the same games, so there's no worry on that front, but the PS4 Pro is significantly more powerful than its Slim sibling and its gaming performance is substantially improved.

The most obvious upgrade is the move from 1080p to 4K. It's important to stress that most games on the PS4 Pro don't run in native 4K, but instead use extremely advanced processing to deliver a 4K-like image. Don't get too hung up on that, though, because the results are breathtaking.

Games generally run better on the PS4 Pro, too, even if you've plugged it into a 1080p TV.

That certainly doesn't mean you should entirely dismiss the PS4 Slim, but we heartily recommend stretching to the Pro if you're able.

How to find a genuine Black Friday PS4 bargain

Now you know which PS4 you want, finding a great price on it should be simple, right? Wrong.

That's because discounts are actually fairly rare on a standalone console, with retailers instead using bundles of games and accessories to entice prospective buyers. That might initially sound a bit unhelpful, but you will of course want at least a game or two to play on your new console so these discounts can be very useful - they're often quite substantial, too.

Of course, any money spent on a game you don't want is money wasted, so avoid a bundle that isn't to your taste. Instead, make a shortlist of the games you'd like to play and be ready to pounce when the right bundle appears.

What about the PlayStation 5?

There is one very compelling reason that you might want to resist the temptation to buy a PS4 this Black Friday - and that's because it's replacement, the PS5, is just around the corner.

Ok, by 'just around the corner' we do actually mean that the PS5 is due towards the end of 2020, but a year is a fairly short time in gaming and there's every chance you could regret buying a PS4 now only to find yourself pining for a PS5 in twelve short months.

That said, while you will undoubtedly lose some money if you buy a PS4 now and trade it in for a PS5 next year, it likely won't be a vast amount. As long as you're aware of what you're letting yourself in for, you could buy a discounted PS4 now to give you a year of PlayStation gaming before upgrading to the new model once it's released.