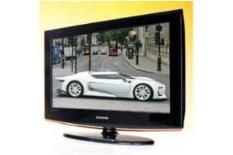 While the focus last year was on more premium, 3D sets, this year Samsung plans to meet what it sees as growing demand for cheaper sets, especially in its native South Korea.

Kim Hyun-suk, executive vice president of Samsung's visual display division, said: "As long as there's demand, we're open to get into that segment.

"We've been preparing to introduce cheap models and have been studying to optimize production costs and retail prices. Those (cheap) models will be ready for sale in one or two months."