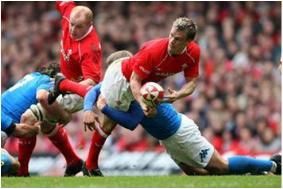 The matches are being broadcast on the BBC HD channel, available on Sky+ HD, Virgin Media's V+ service and Freesat.

Sky and Virgin customers can receive the broadcasts through their HD set-top boxes, and anyone wanting to view the games on Freesat's free-to-air satellite HD TV service will need a satellite dish and Freesat-equipped TV or set-top box.

The RBS Six Nations tournament kicks off on Saturday, February 7th. Matches include:

March 21st: England vs Scotland, followed by Wales vs Ireland