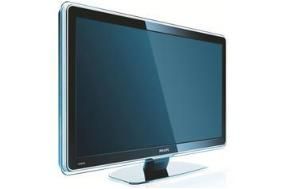 These screens are the first TVs to use the latest version of the company's Perfect Pixel HD engine. Doubling the processing power, Philips claims a 500 million pixels per second processing speed.

The screens have 100 Hz Clear LCD technology on board and boast a claimed 2ms response time, which aims to remove any sign of motion blur.

And these aren't the only coffee-spluttering figures – Philips also claims a colour palette consisting of a mind-boggling 2.250 trillion colours and a dynamic contrast of 30,000:1.

There are four HDMI 1.3a inputs on all the sets, allowing for 1080p/24fps video images, and of course digital Freeview tuners.

Philips' famous ambilight technology is here, with these sets using the latest version – Ambilight Spectra – on two sides of the screen. The sets have also had a fresh design overhaul, as you'll see in the images.

We'll look to have a review of one of the above models just as soon as we can...